Time magazine has photos and a list of the 25 best inventions of 2014. The list includes new things that have been evolving for more than year, and could significantly affect our future. 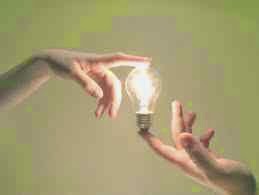 WITRICITY: has created a plug-in coil -- it can provide wireless electricity at a central charging base that will someday power all appliances, such as lamps, TV's, and stereo music equipment.

HOVER BOARD: It looks like a skateboard but it  levitates, flies an inch or so above ground that contains some copper or aluminum; costing $10,000, it is  part of a plan to develop  "hovering" tech that will stabilize buildings during earthquakes.  (Sounds very important, and rather fantastic.)

THE MANGALYAAN: $74 million -- the super smart space craft that India created, has recently been launched into space; it's being promoted by Jeff Bezos' (Amazon guy), as a way other countries can launch spacecrafts.

Big big deal!
This is a reactor that can produce energy from the fusion of hydrogen nuclei -- it could change the world! Lockheed is working on a reactor that could be carried in a truck.

3D BUILD EVERYTHING  PRINTER : this is a WOW that's been evolving since 2012. It works from digital blueprints, layering on plastics or any other material -- for instance, the printer created chic plastic shoes that sell for $265, a $18,000 Stari model car, a prosthesis hand for $1000, and a 3D Sugar Candy $5,000 device that enables a Chef to print confections.


APPLE
SMART WATCHES:  $349, various styles, that can send messages, give directions, track fitness.
BLACKPHONE: it's a $629 smartphone that puts privacy first, with software that encrypts calls, text, and browsing history.

SURFACE PRO 3: a $799 tablet with a 12 inch screen; it runs Word, Excel, PowerPoint, and has a detachable keyboard.

THE CAR: a $41,35 BMW that gets 70 to 110 miles on a three-hour charge; it has a single pedal to both accelerate and brake; you can add a backup gas motor that can recharge itself if you're on a longer trip.

RINGLY RING: $195.00, that glows, alerting you when you get email, text, or other communications.

COPENHAGEN WHEEL: $799, that has a rechargeable battery powered motor; it attaches to the rear of a bike; it has sensors that track road conditions, airtemp, and pot holes.

Seamless Sign-Language Translator: a $198 tablet that  translates, language into words, eventually words into text.
Coaching Basket ball: $200, with sensors, and a coach's voice advising you.
Selfie Stick: $33, (plus $20 with hairbrush,) so can look your best in a selfie.
Air Conditioner: $279, that lowers your energy bills.
Digital Art Screens: $399, with lights that dim in sunlight.
Tablet Toy: $79, for kids, that gets them participating physically.
Edible Wrappers: $4, for a pack of two.
Female Action Figures: $65 (pack of 7), like Barbie, but these empower girls.
Coolest Cooler: $299, for food and drinks, with a blender, led light, USB charger, blue tooth speaker for iTunes.
Lumo Lift: $100, to keep you from slouching; you clip on thumb-size gadget that analyzes spinal positions, vibrates when they’re less than ideal.

Other new things that are being worked on:
Hemopurifier: a filter cartridge for dialysis  machine that sucks viruses out of the blood; a possible cure for Ebola.
Molecular X-Rays: that can find cancers.
Immersive Virtual Realty: that can put you into the Titanic, or anywhere in history.
Prison Blue Room: an exercise space with projector that plays videos of outdoor scenes.

It seems as if enormous progress is being made in technology. Hey, we might be wearing watches soon, that will change the look of everyone who is focused on a smartphone. The Lumo Lift sounds like a must for phone or computer users, for tweeters and facebookers, who want to keep a reasonably youthful look.

I think inventors are struggling nowadays, as many of us are, with gadgets that keep requiring more tech knowledge, and extra equipment to keep you doing what you've been doing last year and the year before. The newest new stuff doesn't thrill me, except maybe that 3 D printer. Wow -- take a look at this video -- what a thing to have and LEARN to use.

GO BACK AND DO IT AGAIN? 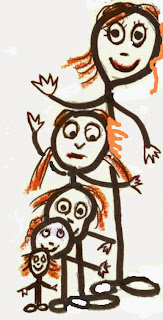 What would I do differently if I could go back and live my life again?

Not be a dancer?

Golly, dancer was my big dream ever since I was five-years-old. No, I'd be a dancer again, but I'd pay attention to my feeling about theater -- go further in drama -- use words, actors, as well as dancers -- become more abstract choreographically.

Have you ever viewed what you are right now, successes or failures -- and picture what you'd be if you could undo all those small decisions you made that got you doing what you've done, or haven't done -- things that succeeded, failed, disappointed, or defeated you?

But dancing -- earning a living dancing, touring the country as well as Europe -- was a dream I made come true.

What about love, other possible life partners -- go back and consider the possibilities again?  (Instantly I think what would I wear? I gave my wardrobe away -- all those fantastic outfits created by me to catch the eye.) No, I'm not geared by my upbringing, my era, to socialize in the current scene.

Even if I could turn back the clock, could I unlearn what I know and feel? Would I want to not marry my first husband? Gee, we created a dance company! That company, in residence at the summer theater in Knoxville, was how I met John, who is part of me, I'm part of him -- I wouldn't change that.

Hey, does my wandering into my past get you contemplating a lot of things you'd do differently? The beginning of a new year gets us pulling into the starting gate, like horses -- like California Chrome -- we were sure he'd win the triple crown. I envision a large field  -- green grass and sand-colored earth -- that beautiful horse and a mare or two.

I'm certainly not at the starting gate. Thousands of things, endless pros and cons bring me to this page with the older, wiser me telling my younger selves to shut up, stop this unproductive thinking process.


All that I've done, learned, yearned for, tried, avoided, regretted, loved, hated, mourned, and sought -- is me moving ahead, sticking to what I am, because that's me.

I have things to write and things to say and do that have to do with now, and not knowing what the next minute, hour, day, week, month, year will bring, is -- well -- it keeps me going, eyes wide, ears listening, wondering what's next, and then next.

So okay! I've shared my first-of-the- year thoughts with you in order to help me help you to help me settle into the new year and  now I'm settled.
Posted by em's talkery at 4:00 AM 4 comments: