Recently, when a robot killed a factory worker, it sent a wave of panic across the media about robots. 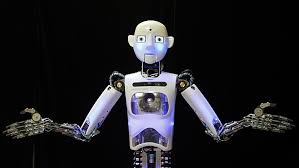 Vanity Fair.com reported that as a tech person was assembling a car at a Volkswagen plant, the robot suddenly grabbed and crushed the guy against a metal plate. Though the higher-ups at Volkswagen said the robot was not defective -- the tech guy was probably within an unsafe range -- that didn't stop Twitter users from worrying about a future in which humans were going to be unable to control the machines they created.

"Can we grow up a little," said one of the top editors at Jalopinik.com. It's a group of experts who test and report on the latest new cars and tech inventions. Referring to the Volkswagen death as a "Terminator style execution," that revealed how unprepared we are for a  machine-filled future, Jalopnik said, "The robot didn't know it was a human when it killed the worker," and proceeded to warn us -- "Our interactions with robots are going to become more commonplace. How are we going to react when an autonomous car makes the choice to kill one kid to save five adults?"

The UK's Financial Times reported that since the first robot killing in 1979, in a factory, there have been fewer than one a day -- that "Factually robots have reduced deaths from industrial accidents because robots are used for most dangerous jobs. The robot that killed the Volkswagen worker was designed to work in a cage away from humans. The next wave of robots are being built to work alongside humans, with scanners and sensors making them aware of the people around them. This was an accident, not a warning about future threats."

Meanwhile Mashable.com -- the leading global media company with 24 million followers and 42 million monthly visitors, that keeps the digital generation informed, said that toilets, zippers, and pants cause more deaths than robots. Mashable suggests that we are obsessed with the idea of a robopocalypse, because we fear becoming obsolete. Since software and algorithms are "squeezing humans out of jobs-- it's far easier to joke that robots are going to take over world, than it is to have a tough conversation about their impact on workers. Perhaps it's time to stop fretting about a robot's self awareness and work a little more on our own."

I am thinking that all the warnings about medications, all the ads telling-selling stuff about breathing, sleeping, eating, exercising, are creating fear.

Fear gets us to buy products, buy into ideas -- like robots are usurpers of jobs, potential enemies, foes who someday may be running the world. I don't buy overly advertised anything -- I just hold on tight to my own common sense and instinctive mistrust. 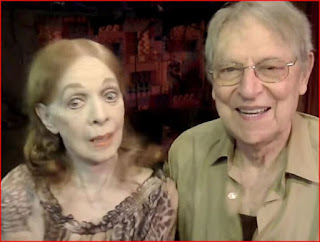 "It would make me nuts!" Emily says. "All those shows  that need an old man character who's got Alzheimer's, all those cranky grandfather parts!"

John admits that it can make him feel a bit nutty, but reveals why those smaller roles are work he loves to do.