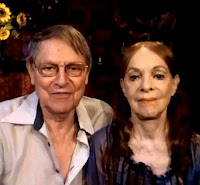 IS OR ISN'T? ANY BODY THERE?

Here I am, now, in New York City, the place to be if you have big show-business dreams, and when I look up -- no stars! never a single star! There are no stars in the sky, definitely no moon -- just the red glow of lights from the busy city

It's always busy, always so crowded here -- wherever I go I'm dodging people, saying excuse me, or being jostled as I enter a store, or stand in line, waiting to pay a cashier. I worry because each year it's getting worse -- we are running out of things, like oil, water, coal, food, and space.

Remembering my carpet of diamonds, I find myself wondering if there are other worlds, other places, running out of things. I wonder about other planets like ours, people like us, who need and want things. Would they look like me, or like alien creatures in some of those movies?

Are there aliens? Would the presence of alien life explain away some of the strange things -- crop circles, UFO's, visitations that people have described, people disappearing?

The Kepler space telescope in California, studying the 500 "exoplanets" :orbiting other suns, found Gliese 58 1g. Was it headlines a year ago? It's three times the size of earth, in the constellation of Libra. (Being a Libra, I sort of know where it might be.)

Anyhow, the Kepler scientists decided It was too cold. -- water would freeze, you can't sustain life without water. But just recently, they've found another planet -- Gliese 58 rd -- which is twice the size of the earth, and redder looking than 58 1g

And now another group of scientists are saying there might be hydrogen heavy air on Gliese 58 rd, which might allow life to be sustained. So life on 58 rd or even 58 I g might be possible.

Major scientists throughout the world, say it's more than possible, it's probable. Lord Martin Rees, president of the Royal Society and astronomer to the Queen or Great Britain, said, “There could be life and intelligence out there in forms we can’t conceive. Just as a chimpanzee can’t understand quantum theory, it could be there are aspects of reality that are beyond the capacity of our brains.”

Stephen Hawking thinks that aliens are already here. They may be completely different from us humans, but like us need to find sources of things they need to survive -- not water, oil, coal, food -- other things that we may not have the intellectual capacity to understand.

I find this spooky, scary!

NBC's Brian Williams has quoted Hawking, saying that aliens may be like Columbus discovering America, "Look what happened to the Indians who were already here."

I find myself humming, hearing Cullum singing, " Is -- any-body - there?" (It's a plaintive tune the John Adams character sang in "1776." -- my husband played the role on Broadway for a while.)

Yes, oh my yes -- I'm paying attention to the idea that THEY could be here, casing us, colonizing in a form that we cannot see or comprehend!

Here are three scientists talking about extraterrestrials; also part of the Discovery Channel films that Hawking made, with an actor narrating Hawking's conclusions, plus images of aliens invading our earth like swarms of bees.

IS OPTIMISM YOUR BIAS? 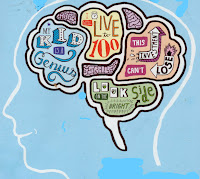 The picture shows where your thoughts -- negative and positive -- reside, and what part of the brain is involved with optimistic, positive thinking. It indicates where your hopes, fears, goals, and alternatives sit and formulate your sense of reality.

(Did you notice the spot in the back of the head marked "look on the bright side. " I wonder if it responds to a gentle massage?)

Is optimism something you can rev up? A seed you can plant, water and, nurture? Right now, almost everything in the news is negative, disturbing, and worrisome. I search for hopeful, positive ideas to write about, but right now it's difficult. I'm looking for words, a mantra, a prayer, some kind of routine I can do that will make me more hopeful.

Tali Sharot, one of the world’s most innovative neuro-scientists and a research fellow at University College London, has just published "The Optimism Bias. " Her articles have been featured in Newsweek and The Washington Post. In her new book, she examines how and why humans tend toward optimism, and how this bias affects our lives. So of course, I read every word in the cover story Sharot wrote for Time Magazine, and studied the picture.

Sharot describes various tests and experiments, and concludes that we are more optimistic than realistic -- most of us believe the future will be much better than the past and present -- "bad news" or misfortunes do not erode one's personal private optimism -- we are resilient. She maintains that a "bias" toward optimism abides in every race, region and socio-economic bracket.

(Her conclusions sound sort of too good to be true, but I'm not a neuro/socio anything, just a person who's been around for quite awhile and done a lot of hoping.)

Explaining that the ability to think positively relates to how well you can imagine yourself in the future, Sharot (and the other research scientists with whom she's worked), suggest that optimism may be hardwired into the human brain by evolution.

Hmm. What I personally know about optimism isn't even mentioned by her or any of her neuro-pals.

In the 80's, driving to the wedding of my sister's daughter, I got the idea to write (I'm tooting my imaginary horn -- da-da-da -daa taa taaah), "The Woman of the Century."

Back from the wedding, an extravaganza my sister produced, (she made the cake, the food, the decor all by herself), I headed for the best encyclopedia book store in NYC to buy history reference books, and find out what history was most important to me. The friendly owner, advising me what to buy, said, "Dear heart, don't count on your book being sold."

(I'd proudly told him that my idea was to tell the story of a girl, born with the 20th century -- same birthday as the date, so that as she grew up, events in her life coincided with the major inventions, wars, innovations, changes, crazes, trends like liberation and integration, and new stuff such as telephones, brillo, the PILL, bikinis.)

I loved my idea. The more I worked on it, the more I devoured history fact books. What the bookstore guy said, what anyone said was "who cares" in my mind -- dismissed in the way one dismisses one's parents protectively warning you not to try to be a number one anything.

I made an "Emily's History" -- a huge three-ring notebook in which I listed major happenings, and trivia for every year and an outline of the life of "Cordelia." (As a tribute to my actor husband, I gave my heroine a Shakespearean name.) I loved outlining, planning, envisioning scenes for my "best seller." Writing the first chapter, loving what I wrote, I figured I'd get a Pulitzer Prize.

My pride and joy in the project grew as I wrote the next chapter, and the next of this book, which I have written, re-written, revised, re-conceived, and re-written seven times, while writing five other novels.

This book has not been published. The first 500 pages were sold to Putnam; I got a big advance in 1993. When I sent in the finished book, Putnam demanded the advance back, claiming the writing was incompetent. Was it incompetent? NO. But the publisher was having its own budget troubles back then. Suffice to say, it was a demoralizing mess that was never resolved.

Yes, I'm still working on "The Woman of the Century." with its new title, "Somebody." I am "optimistic," hopeful -- fired up by my important, wonderful idea. (Hey, whoa, is this realistic after the book was subsequently rejected by other editors and publishers? Yes! It's realistic -- privately, inwardly. I am realistic because I believe in my idea.)

Yes, I'm writing with the energy, the curiosity, the skills I've honed from writing other things, and re-writing.

Nitty gritty -- do I still think it's a bestseller? Am I hoping to earn fame, or money, a movie deal, a Pulitzer? I have thought about things like that at various times. Not today; not yesterday; not last month. What I love about my book is the work of the work.

Optimism is self belief, confidence. doing work that interests you, challenges you -- work you believe in and want to fix and must do, because you want to do it.

Ah yes -- it's bias, a marvelous mountain of optimistic bias, and I'm still climbing, breathing in the refined wonderfully fresh, air, climbing and ascending.
Posted by em's talkery at 4:00 AM 3 comments: 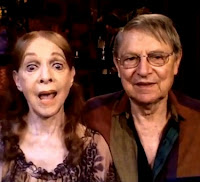 Putting on their producers' hats, the Cullums recall backer's auditions, casting calls, and the money problems of self-produced projects.

Emily claims that the kind, always cooperative actor, John Cullum, becomes another person -- tough, hugely attentive to all the details, whereas Emily thinks she's a marshmallow as a producer, too malleable.

They mull over some of their travails as producers.