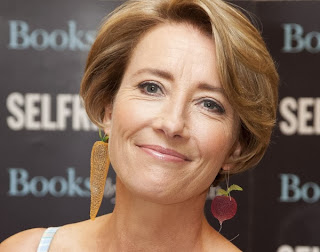 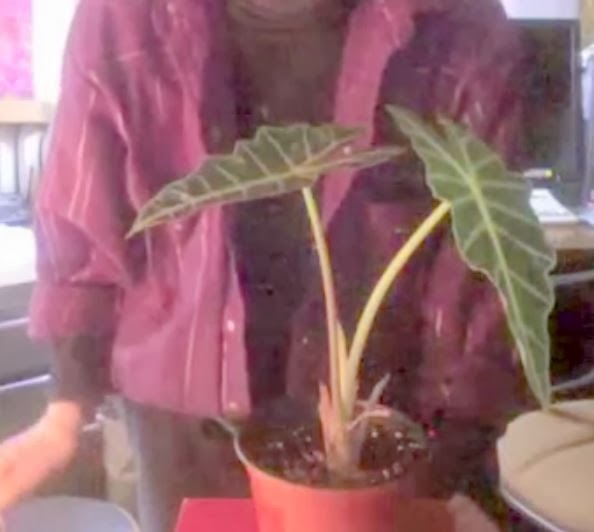 This plant had four lovely leaves at first.

I keep it on the top of my HP printer.

Two months ago, one of its leaves got yellowish and drooped. I amputated the entire stalk very carefully. About a month later, this happened to another leaf.

Even so, the plant looks lovely. It seems quite happy with just two leaves. Maybe it was getting too much light from my office lamp which I keep on night and day.

I say hi to this plant every morning; chat with it, say hi whenever I use the printer. When I finish my work at 7 p.m, I lift the pot off the printer and place it on my desk on the pile of finished blog posts. It is getting much less light at night. Of course, I move it back onto the printer every morning.

The manager of the 12-story building next door gave me this plant the day the work on re-pointing his building was finished.

The work that was done on the building next to ours got my husband, John Cullum, and I arguing. How many times did I say, "You didn't give them permission to use our roof. You could tel lhem to stop."  Over and over, John said thoughtfully, and very concernedly, "Em, they are neighbors. They can't do the job without using our roof."

As they pointed their thousands upon thousands of bricks, they accidentally cut our telephone landlines and internet wires. We lost two phones and internet access for a week. They broke two of our windows. Brick dust from their machines covered our roof like a ugly grey rug. They tramped back and forth on our roof, went up and down our fire escape making noise and mess for us for a hundred and five days. I ate lunch in my office -- never upstairs in the kitchen -- I couldn't tolerate the noise overhead and the daily arguments we had whenever I was in the kitchen.

Our squabbling was much ado about the noise and damage they were doing by using our fire escape and roof.  I nagged. John finally got our lawyer to contact Charles, the 12 story building's manager. Charles made notes and promised that everything that was damaged would be fixed.

Though I did it less often, I continued to murmur "You never gave them permission," and John kept saying, "If I stop them they can't finish the job."

When the re-pointing job was finished, Charles made sure they fixed every single thing that was on the list and gave me gave my plant.

A few years ago I decorated my office with sweet potato plants. After three weeks in the dark, potatoes get sprouts -- in the light, the sprouts grow into long, bright green, wonderful vines. Alas, nowadays, sweet potatoes often get banged up in transit; and in the dark, they develop rotten spots, not sprouts.

Charles' plant belongs to the "Elephant ears " genus; and wow -- it has a small, skinny  sprout with a tiny green head -- oh my goodness golly -- I think it could be a new leaf.

Our building looks better now that it's been repainted. John and I are back to enjoying our usual mellow-mooded, daily, loving exchanges.

I know plants die. I will delight in Charles' plant for as long as it lives.

If it dies, the outdoor Farmer's Market in Union Square (near us), sells all kinds of plants, including Elephant Ears, but maybe I'll get a cactus that has a tiny flower. 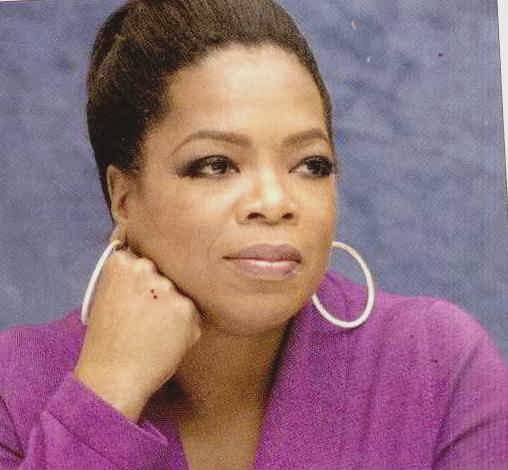