At the recent Golden Globes, Jodie Foster said that she valued "privacy above all else," and joked about the fact that "every celebrity is expected to honor the details of their private life with a press conference, a fragrance and a prime-time reality show."

She went on about being single, mentioned her ex-partner, her friendship with Mel Gibson, and why she hadn't ever come out publicly about her two kids, her mom's dementia, and her temptation to quit acting.

The audience was riveted.

She looked like a star ought to look -- fashionable, feminine, pulled together. She seemed to be speaking directly to us, at one point even appeared to wipe away a tear.

What fascinates me about Foster?  The mish-mash of characters she's played -- in "Silence of the Lambs," the elegant, brave, persevering Clarice -- in "Taxi," that boyish, prepubescent, wonderfully wise kid. Though the two Jodies re-appear in many other films, they're never distractingly similar, and they're believable, freshly convincing.

Yes, reverberating in the background, there's Hinckley (that guy who tried to kill Ronald Reagan), who said he did it to impress Jodie Foster. Also other tidbits -- Jodie graduating from Yale -- Jodie sharing her life with a girl friend, not a husband -- the fact that she has two sons.

The long list of films in which she's played significant roles, the many awards she's won, her many nominations as best an actress, her directing credits -- her down-to earth, business-woman's acumen is evident in her career, and her private life.

Anyhow, during her Golden Globes speech, after calling her girl friend "my righteous soul sister in life," Jodie thanked Mel Gibson as one of the people who "saved" her.

Whoa!  Was it a religious reference?  I remember reading that Foster has said that she is an atheist, that she and her children celebrate both Christmas and Hanukkah.

Why was Mel at the Golden Globes?  Was he trying to rebuild his name?  Did he know he was going to be  mentioned?

The idea of Jodie and Gibson is stuck in my mind. She directed and co-starred with Mel in "The Beaver," back in 2010, when the Catholic Mel had already divorced his wife of many years, beat up his girl friend, had public tantrums, and condemned Jews.  The charming, handsome, multi-talented Mel, back then, was already the off-his-rocker-Mel, whose horrific actions destroyed his stardom.

How many other folks -- seeing Mel in the audience looking very surprised -- did the math, and wondered if he'd fathered one of her kids? (Got to admit, I checked -- one is 14, the other is 12).

Pardonnez moi, for my typical fan thoughts -- I can't help picturing them cuddling -- Jodie's been telling us that she's a babe who does whatever she feels like doing.
.
Hey, the real Jodie is the wise kid, the grown up brave woman with a super smart mind of her own, and the ability to make choices, and go for what feels right. Yep, I think Jodie Foster really is Nell -- a very powerful woman who doesn't need approval from anyone. 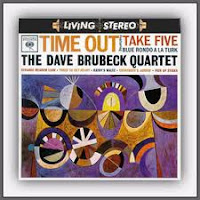 Say Dave Brubeck and I hear the music. I hear the da-da di da da, daa-daaa -- that rhythm, those rhythms that set you -- shoulders, arms, head, and feet -- shuffling, chugging, twitching, dancing.

Okay, sure -- stay where you are -- sit tight in your chair, or go stand at your window, and look out at whatever world you are in, and deliberately NOT hear it, NOT feel it, refuse to get involved with the da da di da da, daa-daaa.

I've tried to dance to it professionally, but I couldn't. I need a dramatic idea in order to choreograph a solo or a group number, and I don't have any idea in my head or my body (or soul), when I hear "Take Five."   All I can do is sort of horse around.

Yes, I'm an experienced choreographer.  I've tried moving, jiggling super quickly; tried moving against the rhythm as if I'm daydreaming, but the jiggle-shuffle-stuff to that rhythm just takes over my body again, and I'm stuck with wriggling improvisationally, to the da-da di da da, daa-daaa.

A few minutes ago, I horsed around online -- found film clips of civilians (non dancers), dancing to Brubeck pieces, as well as pros like the Peter Gennaro Dancers, Murray Lewis and his group, Lar Lubovitch and his ballet company -- all them looked too neat, too formal. Then I bumped into film clips of Brubeck's "UnSquare Dance."

Hang on to your hat, guys! Look and listen -- clap your hands on the offbeat, flex a knee, an elbow -- jump up, join in -- it's ten times more fun, and better exercise than any of the exercise gizmos or videos -- just click and dance around.

Hey Dave, I know you died about a month ago -- you've had lots of tributes paid to you, you're missed, you're a big name in music -- hey Dave. you're not gone. you're here, still playing, still giving us the ole Dave Brubeck's fantastical, bone joyous, glorious jazz.

Here are a bunch of famous folks, having fun with Brubeck. 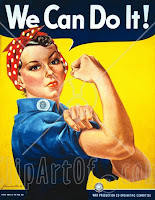 A dear friend of mine keeps me up-to-date on news about women -- how they are progressing in the world -- financially, in the hierarchies of power, as well as personally. She sent me a link to Reuters News.

I wasn't in the mood, but the headline was interesting.-- "Are women leaders less corrupt? No, but they shake things up."

Reporter Stella Dawson, said, "A deeper look at gender and corruption tells us that women are more likely to rise to positions of power... Research has shown that when women are in charge there's less corruption, less bribes, less greed."

The article proved it with examples -- it happened in Lima, Peru's Police Department, ditto in Mexico, and in India, Iran, and Nicaragua.  The reporter reinforced the proof, quoting a World Bank study, which said that women in public office decrease corruption by 10 %.

There were more facts substantiating the fact that women in many national legislatures were reducing corruption, plus quotes, from distinguished psychiatric experts, about differences in male and female brains, explaining why woman decrease corruption, greed and bribery.

The article referenced a Gallup Poll of 140 countries, which said that though two-thirds of adults worldwide believed corruption was widespread, government reports show that with women in charge, corruption has deteriorated.

Sure, hooray -- there are certainly more women on boards of directors, more female guests on TV news shows, more women on various national and international do-good committees promoting safety, education, health and environment. And you can see that these successful women, usually, (almost invariably), are well-groomed, articulate, 45 to 55-ish, with similarly impressive resumés, education credentials, and typical private lives.

To me, this says women are doing what they usually do -- they're conquering new fields, new worlds, and behaving graciously -- doing all the stuff that our mothers and grandma's have brought us up to do.

I am not really interested in the dent made on corruption, or the differences between men and women's brains. The Reuters article makes me painfully aware that. in the 21st century, we are still concerned with 20th century women's lib stuff.

Yep, we are still vying with men, measuring ourselves by men's standards, trying to do a man's job as well or better than a man, and yes -- we're selling this stuff -- selling female success at being more powerful than men,  selling it to men, as well as to other women.

What do I want?

I want the day to come when we women will say right out what we think and feel -- be ruder, cruder, louder, blunter, whatever -- so that we truly affect the next generation, our kids -- males and females, gay, straight, bi, transvestite, male and female -- so that they will think of themselves as different kinds of equals and be equal.