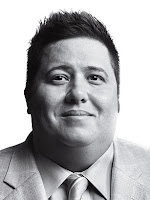 He's made a full-time, lifetime job of being a man.

"Poor Cher," I thought as I absorbed what her son, her erstwhile daughter, said in the interview that you can see below.

Chaz is 42, an actor, writer, and activist. Chastity was his name. Back in the days when Sonny and Cher had daughter "Chastity" appear with them in their television show, I cringed.

It's Mother's instinct -- my husband and I are in showbiz. I cringed because I disapprove of involving your child in your career, whatever it is. A career in showbiz means a lifetime of re-making yourself. No matter how successful you are, you will be job-hunting, selling yourself all your life.

Name any star -- Susan Sarandon, Diane Keaton, Woody Allen, or Hackman, Caine, Cosby, Parton ... (Suddenly, I'm remembering Charles During, a very dear actor-friend of ours -- I wonder how he's doing?) The older any name actor gets, the more time must be spent maintaining name status, unless -- like Gene Hackman -- the actor quits.

Chaz Bono is concentrating on being a man, putting all his time, energy and creativity into "Manhood." Physically, it's a long haul to go from being a little girl, then a lesbian in love with a girl, to being a male. It involves Chaz, currently, with testosterone injections and being surgically "fixed."

Chaz mentions his breasts and his "male" nipples. He mentions the surgical removal of his female beasts, but the status of his vagina or penis wasn't mentioned. (Yes, I can probably Google, and find out if the P or the V has been remade, removed, re-done, but it's not what concerns me about Chaz.)

I think about our son who is slightly older than Chaz, and the complex things that are involved in being a man -- "Man of the family" -- "Manhood."

I think of a man as a tree -- strong, sturdy, and there -- trunk, roots. branches always there unless lighting strikes, or other forces of nature knock the tree down.

My husband is a tree. It's the sturdy, heroic something about him, and his stance -- the shelter he provides for those who are in his domain -- on his land, in his zone, area, world, or whatever you deem it.

I'm not certain, but I'm sensing that right now Chaz is mostly thinking about "Manhood " as "Sexhood" -- the neighborhood of what arouses him, attracts him, inspires him sexually.

How does a man, a young man, a boy learn about manhood? Mostly from the men in his life, or from movies, comic books, and literature -- he perceives the way a man behaves and imitates it.

The men in his life, and his mother's life, came and went and probably weren't there for him.

I can only apply Em-logic, Em-theory, which is my belief that actions speak louder than words. , "Action" can be in the mind and quietly active -- mostly taking in what a man does, and doing stuff in a man-like way.

Yes, I am back to the tree growing -- protective, reaching out with arms that are branches with leaves, twigs -- old leaves or budding new ones -- but always, always rooted on the land on where you, the tree, continue to grow.

Hey ho, that' s my thought for you, Chaz Bono. I realize you are in a transition right now. Clearly you are honest, and articulate, and all your energy is focused on handling the transition. I just want to remind you that being a man is not the surgery, the changing your physical equipment, or fulfilling your sexual needs.

Chaz, the man --a good man -- needs to reach out and embrace and protect, and be a tree for those whom he loves. 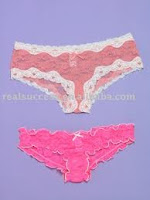 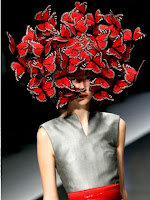 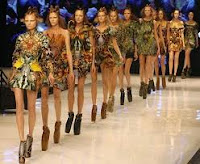 Yes, I think McQueen had a personal passionate need to break rules -- he did it throughout his life. Again and again he tested and destroyed traditions. Perhaps the man needed to deface what he loved, and see, no matter what he did, that what he loved was beautiful. And worth loving.
Posted by em's talkery at 4:00 AM 4 comments: