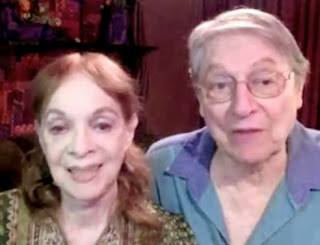 John says his most favorite snack is crackers with peanut butter and strawberry jam.

Em reminds John of his nightly big bowl of home made popcorn, seasoned with Lawry's seasoned salt, and a touch of garlic.

"And peanuts," John reminds her, admitting that life would strange without peanuts to nibble on.

It amuses the Cullums, that Em, after so many years of being a dancer and practically subsisting on cottage cheese, is actually a "big eater," while John, who never had to watch his weight, has to be careful not to put on pounds, as he endlessly devours popcorn.

Andre Agassi -- what a hero, retired, but active -- still a hero.

From Agassi, I sense defensiveness and anger, and also, the passion to win -- the same something that I sensed when he was a wild-haired, killer tennis-player at the start of his career, when he was rising professionally.

From Reggie, I get a feeling of honesty, energy, confidence -- the fearlessness, of a man who's taken chances before and won.

Why do I discuss the two of them at the same time?  Because they are well known names, heroes, winners -- each defined, partially, by what was important in the world as they were conquering the art of a sport. I sense, a similar drive in the heroes and heroines who emerge in an art,  be it theater, painting, writing, dancing, or any of the arts, as well sports.

Yes, a small flame, a spark ignites, and burns. No, it's not  a flame that consumes and turns the body,  its source, into ashes.  It's a flame that lights up the mind -- an internal, eternal flame, that intensifies, heightens, and transforms the senses -- eyes, ears, taste, touch, and smell, all five senses -- into receptive magnets that pull in, take in, all that is there to be consumed.

The person has a focus -- a commitment to that heightened state.

So Andre Agassi, still young, hugely successful, is at a stage of life where he is examining his success, not what he loved about it, but what he hated.

While Reggie Jackson, more than half-way up the mountain we climb as we age, looks out at the world, safe in the place where he paused. And he perceives -- with that super five-senses sensibility -- the world of his art, and delights in sharing what he perceives.

Both  men are remarkable, but artist Em, viewing them with her own heightened senses, observes that there is something for all of us to grasp, and learn from them.

Listen and learn from Andre Agassi.


What do you feel, what do you sense, when you watch and listen to Reggie Jackson?
Here he is with Belinda Luscombe --click answering her 10 questions. 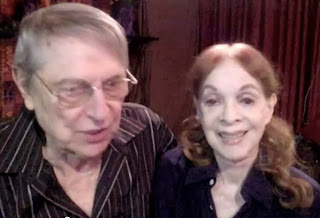 Em recalls John's fantastical obsession with the pigeon who chose our bedroom window for their home.

How John handled the noise with creative efforts, and help from a stagehand, still amazes Em but reminds him of all the things he tried that never worked.