Last year, at this time, not many women have heard of Rachael Hollis. Now, millions have read her self-help books. 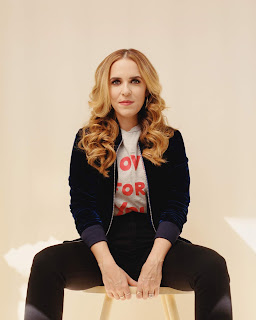 Her first bestseller came out in February, 2018--"GIRL WASH YOUR FACE." (Love the title!) It's celebrated by Drew Barrymore and Reese Witherspoon, but derided as nonsense by liberal media and Christian advisers. It's popularity amazed the book industry.

In March, Hollis' second book--"GIRL, STOP APOLOGIZING," another socko title, was almost instantly a best seller. It's basic advice that tells you to make a goal plan, and go for it. Her tone of voice inspires you to stop worrying about what others think of you, while author Rachel reveals her own shortcomings--that she's bad at sex, she's had a boob job, her guilty mom "sins"--she's not always there for her kids--how she's peed in her pants, and has hair on her toes!

Back in 2015, she published this picture with this comment: "I have stretch marks and I wear a bikini. I have a belly that’s permanently flabby from carrying three giant babies, but I wear a bikini. My belly button is saggy, Those marks prove that I was blessed enough to carry my babies, and that flabby tummy means I worked hard to lose what weight--they aren’t scars ladies, they’re stripes and you’ve earned them. Flaunt that body with pride!"  It went viral. 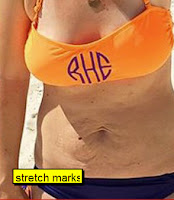 Her honesty, her courage, impresses me. She inspires women who aren't sure what they want, more than what they already have, and gives them permission to pursue a dream, and be more than a wife and mother. In this video,  I loved seeing and hearing her. (The guy's her husband, Dave.)

Jeffrey Kluger, invariably an interestingly creative reporter for Time Magazine, in a recent issue describes how a woman, pregnant 14 years ago, decided her baby would be brought up naturally and chemical free, just as a British doctor published a paper, linking vaccines to autism. It stuck in her mind.

Though the paper and others like it was deemed fraudulent later, the woman, Christina Hildebrand, who is currently founder of Voice for Choice, an advocacy group that challenges vaccine science, was part of the huge crowd of pro and anti-vaccines, at the statehouse in Sacramento, California, as the legislature voted on bill to close loopholes that allows parents to sidestep vaccines. 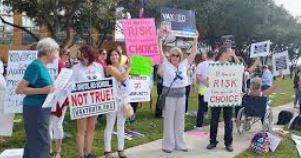 Reporter Kluger describes warring crowds in Arizona, Texas, Oregon, Michigan, Oklahoma, and Texas, revealing that every state in the U.S. except Alaska and West Virginia, has at least one anti-vax political action committee, even though 82% Americans, (Pew Research number), believe children should be vaccinated, unvaccinated children represent danger for other children. as well as adults. 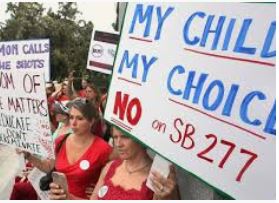 What galls public-health experts is anti-vaxers saying they are fighting for their personal choice, which isn’t all that personal. Depending on the disease, it’s necessary for about 95% of a population to be vaccinated to provide so-called herd immunity, the ability of a well-inoculated community to protect its members. During the current epidemic, anti-vaxers are choosing the individual over the group that's in mortal danger.
“Vaccines are a victim of their own success,” says an authority. “People have forgotten how sick measles can make you and how dead measles can make you.”

None of that is likely to dissuade Hildebrand and other opponents of mandatory vaccines for whom the argument becomes YES or NO: Do parents have the right to choose? Kruger points out how climate-change deniers make it harder to get environmental legislation. Similarly, every parent who chooses not to vaccinate has at least one child whose own health is being left at risk, and who represents a danger to others too.

As I was writing this blog, tucked away in my office here in NYC, wanting to shout, "Guys, you have to do whats right for the country, not just for yourelf"--fortuity! June 14th, the powerful, well-known guys who run the state and affect the Northeastern part of the country--yay hurray--HERE'S WHAT THE STATE OF NEW YORK HAS DECIDED.