CAN ANTS FIX THE WORLD?

How could ants HELP us? 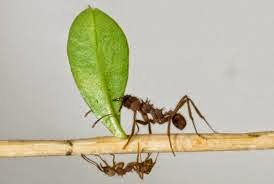 According to an article in Newsweek, Geoengineers, guys specializing in using the earth's own resources, are looking into ants, along with other things that might slow down, even reverse what's threatening our survival on planet earth.

The long, complicated, rambling article explained what Geoengineers do. Using mechanics, math, physics, chemistry, biology, and geology, these scientists deal with the development and production of subsurface earth resources, things like mining, drilling for water, oil, gas, and transportation of  hazardous wastes.

Since 1995, there have been 20 international meetings about global warming, but the major countries of the world can't even agree about what's urgent -- like the ever-increasing co2 -- the carbons in the air from cars, factories, power plants, and life in the world's increasingly overcrowded cities.

Meanwhile, some geoengineers, are focused on the world's rain forests, working on re-forestation of the land that's been shorn of carbon capturing trees; others are focused on the oceans -- ways to increase the plankton, tiny plants that eat carbon dioxide from the water and release oxygen into the ocean -- they say plankton produce about 50% of the oxygen humans breathe.

Ideas are floating around -- sci-fi ideas, impossible ideas such as capturing the waste carbon from Mediterranean power plants, injecting it into ocean currents at the Straits of Gibraltar, which would carry it out into the deepest parts of the Atlantic Ocean where it would effectively be sequestered -- or fixing the air by constant, massive spraying of aerosol cans into the air -- or seeding the ocean with iron so that plankton will grow faster, better, bigger.

Now, some highly credited experts are talking about ants.

Ants are strange creatures. They're as old as dinosaurs; they've been around for about 120 million years and an estimated 10 quadrillion of them are on the planet. They can lift up to 100 times their body weight, and they can pull carbon -- one of the greenhouse gases that’s warming the planet -- out of the atmosphere. How? As ants dig tunnels, they bore through anything that's in the way -- break it down into calcium that combines with carbon from the air and re-forms as limestone, which is already a significant portion of the earth's crust. Ant hills serve as one of the largest carbon repositories on our planet.

Could the increasing the number of ants, creating and nurturing ant colonies get significant amounts of carbons out of the air? Geoengineers are thinking maybe yes.

The thought  amazes me.

The thought gives me hope that, with Geoengineers, we have a small tribe of men who can think logically and creatively of new ways to help the world survive.

You can wade through the article in Newsweek, and clasp your hands (like I've clasped mine), and hug the thought -- pray for wise men like these guys, to help us have a future for our home sweet home on planet earth. 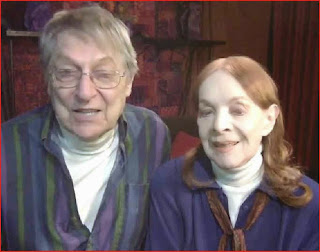 As he explains what it is about each of them he especially admires, his wife, Emily Frankel, insists he reveal who his favorite is.