It's just below our living quarters on the 4th floor. The photos show you where my husband, John Cullum, is working on his one man show, reviewing the script he's written about his career and singing songs from shows he's starred in. Before he starts working, I'm at the barre, warming up before I start dancing. Here's how the room looks when the black curtains that are on both walls are closed, the theater lights are on, and the 65 seats are arranged.

We use the space for staging shows, play readings, and raising funds to produce our theater projects. Over the years, a lot of very well-known people have been here for previews.

The floor space is 40 x 25. The sound equipment, designed by Bela Bartok's son, Peter, is powerful professional equipment which we've used in Broadway and Off-Broadway theaters. Our lighting equipment is homemade--we scrounged large tomato cans from neighborhood restaurants, converted them, and made tinfoil frames to hold the gels for each light. Our homemade dimmer board sits in the dressing rooms that are next to our two offices. Above my office is storage space for the costumes and props I used when I performed as soloist with symphony orchestras, and toured the world with my dance company.

In the center of the floor are the chairs and barre I use when I dance to "Fantasia on a Theme by Thomas Tallis," by Ralph Vaughan Williams. Every day, I perform a four-minute section of this music.

You'[ll hear the As the music crescendos before the end of  "Fantasia," standing tall on the double set of chairs, dancer Em surveys the room. Then, swiftly, recapitulating the memories, triumphantly, I leave the room.

Dancing has been the major part of my life since I was ten-years-old. I dance like people who go to church--I just go into my studio, warm up at the barre, turn on the sound equipment, and the Vaughan Williams music begins.

The great Eugene Ormandy is conducting the music. As you listen, perhaps you'll understand how the music inspires me, gets me remembering, reliving, and dancing.


It's marvelous to hear John. As I'm typing this I've been hearing songs from "Clear Day" and "Camelot," chuckling as John describes the day a stage manger called out, "You're next Mr. Cooolum," when he was auditioning for a show he didn't get.
Posted by em's talkery at 4:00 AM No comments: 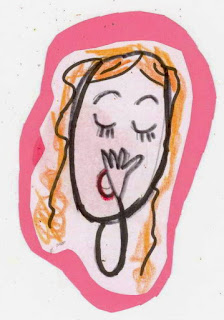 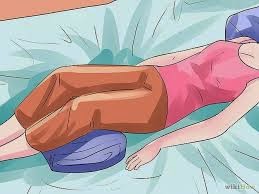 My current routine: Tuck pillows under neck and knees, mutter Shakespeare words--"Sleep that knits up the raveled sleeve of care," and repeat the words, concentrating on the left leg, sensing the flow of blood in 10 toes, ankle, calf, knee, thigh, hip joint before concentrating on the right leg. I repeat this 15 to 30 times till my mind rebels, and a loud awareness that I am wide awake drives me out of bed.

If you try this, and are still wide awake, get a snack. Watch TV, and try again later.

Other possibilities: There's Modafinil, a stimulant that Wall street-investors use. There's a relatively new process called transcranial direct stimulation (tDCS) that zaps the brain with electricity, and keeps people up for as much as 30 hours, but tDCS currently lasts six.

Dammit, I don't want to spend my work time, trying new things that might or not work.

Doctors say the Internet, email, and social networking are giving us shots of dopamine, a chemical the brain releases to simulate pleasure. We get this from caffeine, and nowadays we're sold caffeine in toothbrushes, stockings, soap, bath bubbles, beer, marshmallows, lollipops, coke, red bull, and bottled water. So, don't drink coffee? Do drink it? Drink it less?

Golly, we're flashed a lot of facts--about coffee, saccharin, eggs, cholesterol, omega 3, belly fat, dental hygiene, bacteria, calories, carbs, exercise--most of this is in my BB pile (bullshit baloney), where many of the latest life and death important facts fade like smoke rings.

FACT: After a not-enough-sleep night, I do my work--how well I do it depends, not on sleep, but on whether or not the topic excites me.