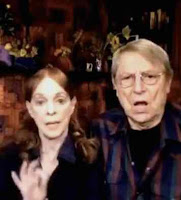 John Cullum and Em recall their day in Oklahoma City, when the Federal building was decimated by a bomb.


Discussing the assassinations of JFK and RFK, and some of the latest shocking murders, the Cullums bemoan the huge publicity, the instant fame they'll achieve, that inspires would-be terrorists.

SALUTE TO A FILM MAKER

That's Ang Lee, at the left,  a very successful director-writer.  His face suggests that he's concentrating, hard at work.

Ho hum, I thought, as I skimmed the first sentence: "Many times when you make a movie it feels like your biggest mistake." I glanced at the final sentence: "It's more of a big regret, because I truly honestly wish I could do better as a father and a husband."

It reminded me of what my husband, John Cullum, has said, more than once.

At the bottom of the page I read Ang Lee's career arc.
1982 Directorial debut in Taiwan with his own screenplay "Pushing Hands."
1995 Arrives at the Hollywood scene with "Sense and Sensibility"
2000 Hit -- "Crouching Tiger, Hidden Dragon" -- spent time away from family.
2006 Wins Best Director Academy Award for "Brokeback Mountain."
2012 Director, "Life Of Pi."

Whiz -- I was back in time, remembering when John Cullum was trying find a producer for his screenplay, "The Secret Life of Algernon Pendleton" (based on Russell Greenhan's book). It's hard to get acting jobs in theater, or films, but John was a name in theater and he wanted to play Algernon. Even so, it was eek-ouch-ugglesome, as he tried to get a producer to read his movie script.

In the Newsweek interview, Ang Lee, was fussing about his "favorite mistake," though he's an established movie director, screenplay writer.

For John, who was trying to establish himself in movies, what a hell it was was. He studied "How To" books, and made story-boards. cartoon pictures of each shot for the film. (As we say in the biz--that ain't chopped liver.) He phoned people though it embarrassed. And when he was brushed off, he phoned again, and again. He met with various agents and was told the script needed "shoe leather" (action scenes with the hero in fascinating locations). John wrote in shoe leather. He sent scripts, made calls, had meetings with Madeline Kahn, Bette Midler, Sean Young, and umpteen other actresses, who turned him down because the star of the film was Algernon.

After he bought the rights from the author, and two years of rejections, the film was produced by a Canadian woman. She'd made one boring film and won an award for it. She bit deeply into John's rights, his earning potential as Algernon, revised his script, and made the film with John in the leading role and award winning director, Charles Jarrot -- ran out of money, and compromised the final edit. The film could have been, for John, the beginning of a real career in films -- alas, it never developed into John playing major roles in films.

And I'm reading about Ang Lee's mistakes, though he's at a high point in his career -- his latest film, "Life of PI" got raves, and Lee's probably on his way up even higher.

What a labor, making a movie is -- it's like writing a big book --a 1000 page saga. What a shock it is, when you realize that every word, every punctuation mark, every idea, every decision you, the creator make, is life-and death important. A film, like a big book, is tree that you planted. It has roots, a trunk, limbs, branches, twigs, leaves, buds that grow with the sun, and you are the sun. It can die as the season changes, and the leaves fall, and the soil is poorly nourished.

I'm aware of what's involved in movie making, because of John's experience and what our many friends -- screen writers and directors -- have told us about screenplay writing, selling, revising, producing, and promoting.

So listening to Ang Lee speaking of his sons, wife, and home, mourning that he gave such much of his life to his films, because creating a film consumes every moment every thought, I learned that Ang Lee's mistake was that he neglected them.

I find myself thinking of my art, John's art, the art of so many people we know, who strived to achieve, almost achieved the dream -- the dream of painting the ceiling of the cathedral in the mind of every artist -- the need to do it, say it, show it, be applauded, credited, paid in money -- paid in renown for the work.

So what Ang Lee conveyed about his mistakes -- because he's not a household name, and he's struggling already with the dream of his next film -- I want to bow to him, gasp and show him I understand, as I smile at him, and salute. 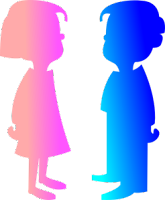 "No, no, dear, it doesn't matter,"  we tell her, tell him, tell ourselves and our  friends, but it does matter. Everyone notices, and evaluates what they see, with what they are, themselves -- the idea of what's beautiful, desirable that they've learned as they've grown up.

My son, JD, started worrying about  how tall he was going to be when he was 11-years-old. With JD standing against a wall in my office, I started marked  his height with a small horizontal line -- got a lot of horizontal lines on that wall.

Why was he worrying? Because his daddy was six feet tall; because kids in his school were competing and bragging about who was taller; because famous athletes, movie stars, and heroes in books were usually tall men.  Yes, I wondered if he was already concerned about penis size, but didn't discuss it with him, and it's a subject for my Dr. Em self, not what's on my mind right now.

I'm an expert on what a girl wants to look like.  I grew up with heightened awareness of breast size -- my oldest sister said it was a life and death thing for a girl -- if you didn't have big breasts, you were going to be lonely, a wallflower, and you'd probably have to marry the first boy who proposed.

All my life, (and probably yours), fashion magazines, ads for clothes and makeup, have taught us that skinny, slender, young, (girlish or boyish youngness) -- the look of a 13,14, or 15 year-old is wonderful, beautiful, and what you ought to pursue.

The fashion critic I truly respect, Robyn Givhans, headlined her recent article in Newsweek, YES SIZE CONTINUES TO MATTER. She reported that Vogue Magazine promised that they wouldn't hire anorexic 14-year-old-sylphs, but they broke their promise. Vogue and all the other major style people, including the Spring 2013 runway shows in Paris, have been hiring impossibly skinny, extremely young gazelles.

I think we need to blame ourselves.

Who hasn't thought."I looked better last year," and mourned being older? How can you find joy, pride, in the way you look NOW? By strongly not buying into what's stylish.

Don't blind  your eyes, but when you see the gorgeous face in the ad that proves, that guarantees -- that the latest, new, retinol-something or other cream will make your skin look younger, think of a rose. What's more beautiful, a budding rose or one in full bloom?

Grow up kiddies. The obsession with looking young is making you old.

(Video) IN THE MOOD TO LEARN SOMETHING NEW? 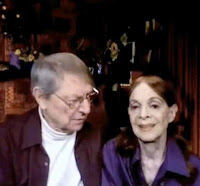 Emily wants to be able to speak Spanish.

The Cullums discuss learning something new together.

John realizes the one thing he'd like to study right now -- start studying today -- is music, harmony and theory.