I'm not HOOKED on The Week Magazine -- it's very Republican, conservative, but I have to talk about its full-page article that summarized facts reported by the New York Times, and The Washington Post, about North Korea, and its dictator, 33-year-old Kim Jong-un.

I blogged about him when he was 28, and his father chose him to run North Korea. I blogged about his birthday in 2014 when Dennis Rodman brought his team to the capitol, to sing happy birthday to Kim. Each time I wrote about him, the self-centered, petulant, angry look of him bothered me, repelled me. 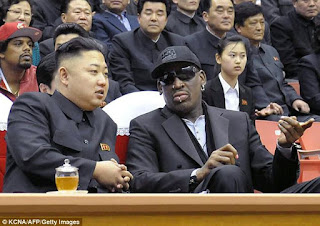 The article in Week asked and answered the questions that many of us have been asking about North Korea. There were many details in it that required research to fully understand. Using Week Magazine's questions, I've boiled down the answers.

How large is Kim's Nuclear Arsenal? 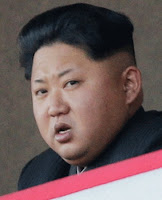 North Korea's got 20 nuclear warheads; experts say it is adding a new weapon to that stockpile every six weeks or so. They have officially announced that they have a nuclear warhead on a 1,500 km-missile which could reach South Korea and Japan, and, according to observers at Johns Hopkins University, Kim Jong-un is developing 13,000 km intercontinental missiles which could, in the next five or ten years, reach continental U.S.

How worried should we be?
Researchers say many of North Korea's nuclear tests have failed or been hyped. When North Korea celebrated the detonation of a hydrogen bomb, experts said the tremors were smaller than tremors for an H-bomb. Even so, Kim Jong-un certainly appears to be compiling all the pieces for a deliverable, deadly, atomic device. He recently posed with a miniaturized atomic warhead that could be attached to a rocket that could span the Pacific.

Would more sanctions stop them?
Despite the UN's tough sanctions that prevent North Korea from exporting coal, iron, and other minerals that provide funding for the country's nuclear program, China is their ally. Though China has officially declared that they oppose North Korea's becoming a serious nuclear power, China's leaders cannot afford to stop North Korea. A collapse of Kim Jong-un's regime would create financial chaos, and more than likely, millions of North Koreans will flee across the border into China.

What else can the U.S. do?
Not a lot, except strengthen its missile defense systems at home and abroad. The White House recently announced that it would deploy the Terminal High Altitude Area Defense (THAAD) system in South Korea. THAAD can destroy 90 percent of what is fired toward South Korea, but if just one nuclear warhead slipped through the net, 420,000 people in Seoul would be killed or injured. THAAD experts have said, "We need some kind of process to freeze what the North Koreans are doing, but nothing, including positive inducements to negotiate, has served to restrain Kim's reckless behavior."

What are Kim's intentions? 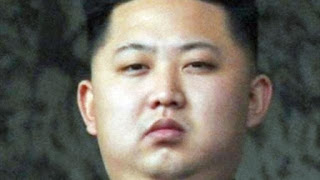 overthrown. They report that 5-foot-9 Kim has swollen to 285 pounds because he copes with his anxiety by bingeing on food and alcohol. In his paranoic state of mind, Kim Jong-un has presided over several shockingly brutal purges, including the execution of his uncle. There are disturbing rumors that suggest he tried to poisoned his uncle's wife because her nightly sobbing bothered him -- that he jailed one of his ministers for “insufficient grieving” during his father’s funeral -- that an assistant was sentenced to death for being drunk during mourning. International security analysts say if Kim is about to be attacked, he could do the unthinkable.

If the Kim Jong-un regime collapses:
Experts agree, there will be absolute chaos -- widespread looting by starving citizens; violence in the gulags holding the country's 120,000 political prisoners; US troops would be needed to help the dysfunctional country; millions of people would rush into China and South Korea. In his final days, Kim might choose to give his nuclear weapons to terrorists, or even launch them himself, as a final act of suicidal revenge.

A month ago, on September 6, North Korea launched its biggest nuclear test yet. There’s little the U.S. alone can do to stop it. After the launch, the Man-Boy was laughing with delight.

Guys, I'm scared, quite overwhelmed by a sense of this crazy guy, who could indeed put a finger on a button and destroy our world. 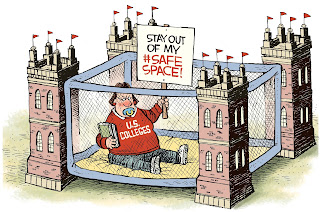 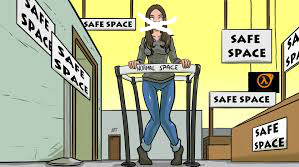 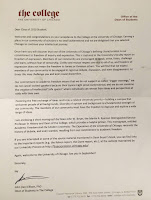 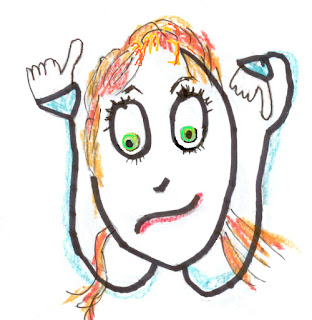