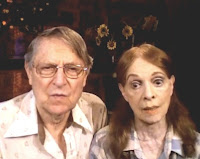 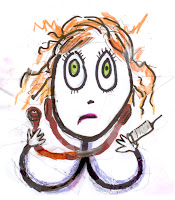 It's time for annual checkup so I made an appointment and am planning what to discuss with my doctor.

(Résumé: I broke my back and severed my intestine, but everything's been repaired, and I know a lot about physical therapy, diet, and intestinal things.)

Mike, the doctor I see for checkups, blood tests and prescriptions, is sort of a medical collaborator buddy -- he keeps track of my "short bowel syndrome," and I keep track of how he's doing with exercises, his weight, his staying in shape.

Also, I keep track of the health of my husband, my son, quite a few of our friends, our maid, our lawyer, our accountant, and many of my former dancer/employees -- their ailments, medications, weight, aches and pains, and staying in shape routines, because over the years, I have certainly learned great deal about those things from books, research, as well as personal experience.

I remember details, (almost weirdly). I probably have a photographic memory -- that's how I impressed John Cullum -- we met during a bridge game. I'd never played before but I remembered all the cards that had been played.

Actually, I wanted to be a dancer OR a doctor when I was a child. I fixed and nursed baby birds, hovered over plants, dogs, cats, turtles, hamsters, and goldfish, and became an expert at keeping things alive. And that instinct to be a nurse-doc has grown with me, as a mother, and the artistic director of my dance company. Dancers were constantly straining, spraining, and injuring themselves.

Nowadays, just about everyone I know is concerned (a little and a lot), about cancer, heart, and all the various osteo-arthritic this or that. All the brain-washing TV ads declare "Tell your doc" about any aches and pains that you never had before.

You can't. Doctors are expensive and busy, and if you bravely and honestly proceed and try and do that -- explaining new aches and pains gets the doctor scheduling umpteen tests. If you minimize everything and ramble on blithely about little discomforts and concerns -- yuck -- you sound like a complaining hypochondriac.

The fact is, I understand the numbers on my own blood tests, and blood pressure, and know my weight, height, approximate caloric intake, and of course the names, amounts of all medications and side effects. And similarly, I retain what's been said by my relatives and friends about all these current things and past issues.

Be it a sprain, strain, neck, back, knee, finger, stomach -- even a peristaltic pain, or a possible broken bone -- my doctor self can help you figure out what to do, and whether or not you need to see your real MD.

Sure, I'm anxious about seeing Mike. Will I get bad news about anything? Will I get permission to go on eating, sleeping, living, as I'm doing now? 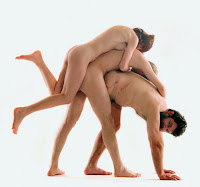 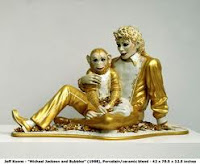 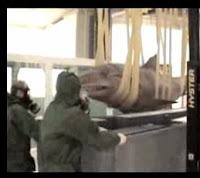 Hey ho, if you are a would-be rich, famous, rule-breaking artist, click this link to the New York Times, July 13, article on rich, famous Hirst and his *$8 million dollar dead fish.
Posted by em's talkery at 4:00 AM 3 comments:

HEADING DOWN THE ROAD ((Video) 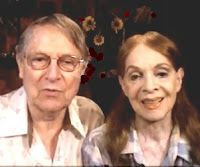 Hot summer days have always inspired John Cullum and Em to go down the road.

Vacations weren't planned, we'd just get in the car with a few toilet articles in a shopping bag, and hit the highway. Everything was spur of the moment. It was fun, not knowing where we'd end up -- Connecticut, upstate New York, New Jersey, or maybe somewhere in Long Island.

Our chariot was a four-door Plymouth with more than 200,000 miles on it, that we'd bought for $100. Aside from the fact that it ate oil, the Blue Beatle required none of the special attentions you gave to a car you bought for real money.

Click, and come with us on one of our adventures.