Expressing your opinion nowadays, can be very tricky, very upsetting. 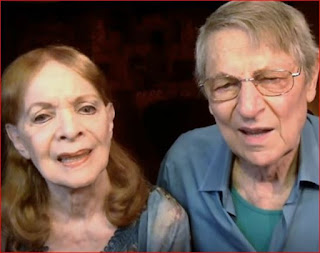 John Cullum and wife Emily Frankel have different ideas about this. Is it better to express your opinions loud and clear, or should you be quietly careful, and avoid getting into serious arguments?

Is the way the Cullums handle this relate to the way YOU speak your mind these days?

There are around 80 million dog pets in our country. About 44% of Americans have at least one dog. 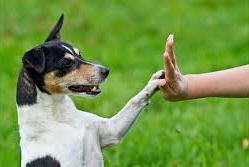 We don't have a dog anymore, but I remember many moments with our Lhasa Apso, Teechi, and still miss her.

I was intrigued by a six-page, featured article in Time Magazine about Canine research facilities that have been established around the world, and how they tested the question, "Can dogs actually count?"

Apparently the test dogs tended to chose a board with more shapes, not less. Other tests proved, "Dogs understand an object's permanence -- if an object is tossed out of sight, they look for it." Babies do not do that when they throw a spoon on the floor.

"Do dogs do better than 3 to 4-year-olds?" Kids were taught to turn a lever to open a box and get a treat. When the lever was rigged so it wasn't needed, children continued to turn it. Dogs just opened the box.

Brain size facts: "A human brain is one fiftieth (1.50th) the mass of average body. Horses are dullards at 1:600th; lions are little better at 1:550th; Dogs are comparative scholars with an impressive 1:125th. But... (I love the way the author of the article, Time's Senior Reporter, Jeffrey Kluger, put it), "Dog brains don't have the real estate that humans have."

Various research reports conclude: "Dogs tend to behave socially. They recognize faces of humans  and other dogs. They experience jealousy when a treat is fed to  a dog mannequin." With 2 dogs, side-by-side, one trained to pull a lever that would get food to the other, it was noted that the first dog  pulled the lever when the second dog was a playmate; it was noted that for unknown dogs, the test dogs didn't pull it.

"Do dogs alert someone if someone is injured or there's a fire? Tests showed that dogs do not bark if there's a fire, or an injury. A dog owner, walking his dog, fell to ground. Nearby, 2  humans were seated, but the dog didn't do anything. Since, in the majority of  cases, dogs tested did nothing, the researchers have said, "Dogs alerting humans in life and death situations is because of dogs' awareness of something weird or not safe."

"Do dogs follow pointing? Other species, such as dolphins, elephants, and bats, learn the meaning of pointing only from experience with humans who taught then by pointing. Researchers concluded, "Dogs know the hand is used to indicate something."

Do dogs understand and learn "displacement" of toys? It was noted that dogs, after playing with a toy and the researcher removed the toy, go to the place where researcher put the toy.

What about dogs remembering when you're home from a long time absence? Researchers say, "Dogs have awareness of the past, and the future, and possibly the rate at which time passes." Monitoring cameras show how dogs left alone, stir, check the door, and become restless while waiting for you to come home.

What about will power? In an experiment with dogs trained to sit without moving for 10 minutes, the dogs, after 20 minutes, given a new task, were less likely to complete a new task than dog who spent the same 10 minutes doing whatever it pleased. Science says it's because of depletion of glucose in the prefontal cortex. They say that after a 'sit and stay,' if you give a dog a sugary drink, the dog will stay and function with the next task longer and better.

If you, who are reading this blog, have a dog over a long period of time, you may come to other

conclusions about your dog's intelligence. The days when we had a dog (also a cat, fish tanks, and a bird) are long gone. My husband worked as an actor on different coasts, and I maintained my dance company by touring -- we were not able to be good pet parents. Even so, my memories of interacting with our dog are vivid and continue to haunt me with guilty-mama thoughts -- Teechi was part of our family, so of course, I'm fascinated by information about something that was, and still is, so important in our lives.

Here's a link to Jeffrey Kruger's article in Time: SECRETS OF THE CANINE MIND.