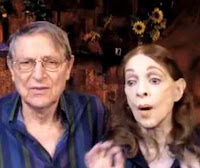 Em loves the sneakers that John, the shoemaker, keeps repairing for her -- they're noiseless, lightweight, and enable her to "sneak around."

Em's won't wear puffy, over-fancy sneakers, or one's that are emblazoned with the name of the manufacturer.  John isn't interested in sneaker styes, just convenience and comfort.

That sneakers have evolved from inexpensive deck shoes, to fancy, expensive ones, named after famous athletes, relates to the way the Cullums themselves have evolved. 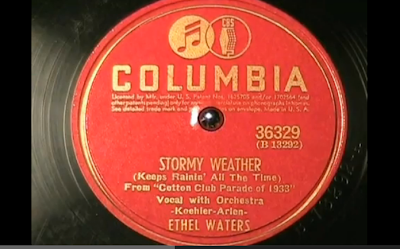 It's not stormy weather. My man and I are together, but the attacking, selling, yelling that's been going on, is still echoing. Maybe it's fading, but it's echoing and drowning out my personal thoughts.

All the bad stuff from hurricane Sandy is reverberating. And tax cuts, national debt, jobs, immigration, global warming, guns, sick veterans, voter's rights, etcetera -- all those important things -- same list, same words that were repeated, ranted, chanted day after day for more than a year -- all that is echoing.

The ordinary things I do every day, I can go back to doing -- hey, I'm doing them -- but I don't feel much of anything about the latest things I'm hearing about in the new news.

I just can't seem to find what I want to focus on as a blogger -- as Em -- as a writer, who grabs onto current moods, current ideas in the air and talks about them.

I am sort of enjoying the post election unwind -- the blaming, reversing, painful recriminations of the various oh-so-sure secondary-guys, advisers, pollsters, money-men, who aren't celebrating the BIG WIN they predicted.

I don't really want to see the faces of the losers or hear them, though I do, sort of, feel sorry for Romney, the super-successful guy, who has always managed to go after and get whatever he wanted, but didn't win the big, biggest prize. I don't think he's had much experience as a loser. My own experiences with losing have taught me to back away, for a good long while, from the rehashing of what went wrong.

I can't help wondering what Sarah Palin is cogitating with that self-centered mind of hers that knows how to convert reality into action -- personal action -- that will focus people on her vision of what the country needs now and will need in 2016.

Immediately, I think of Hillary, our remarkably excellent Secretary of State, whom I love and admire. I'm hoping -- golly, I hope after a rest, she'll start focusing her ideas, her passionate thoughts about what she wants to happen for herself and for the country in 2016.

Hey, I'm jabbering.  This isn't a blog, it's a "jabberog" -- I guess it's only way I can focus on my ideas, my thoughts about what I would like to happen tomorrow.

I've moaned about trash in four blog posts, and two videos. My husband, John Cullum, and I, even wrote a musical about a garbage disposal machine -- titled it "Roseanne." It was never submitted to producers -- two dear friends clobbered it -- Phil Burton, Richard Burton's stepfather, and Stone Widney, Alan J Lerner's right-hand man. They said -- "Forget it. People won't buy tickets. No one wants to see a musical about garbage."

So, the script sits on a shelf in my office in the trash pile of discarded projects, but I think about it -- it comes to mind Mondays, Wednesdays, Fridays -- that's when we take the trash bags downstairs and the super deals with the sanitation trucks.

Like most people, I'm concerned with many other life and death crises that are happening here, where I live, and all over the world. This year, only minor media attention has been paid to the higher mountains of trash on landfills, and the islands of trash floating around in the oceans.

A silent evil it is -- dark, stinky awful. You don't have to pay attention to the world's garbage problems, though it IS a fact of life -- surviving means eating -- eating makes garbage, makes trash.

Numbers, according to wisegeek, com:
Each of us produces about 4 ½ lbs. of garbage per day, or 29 lbs. per week, or 1,600 lbs. a year.  You could form a line of filled-up garbage trucks and reach the moon; or cover the state of Texas two-and-a-half times; bury more than 990,000 football fields under six-foot high piles of waste. We throw away enough aluminum to duplicate the full commercial air fleet of the U.S.

Okay, there's some good news. Scientists can extract a substance from garbage -- succinic acid -- it's used for making machine parts. The process is tedious and costly, but they're working on making it easier and cheaper.  And from coffee grounds, furniture, odor reducing fabric, and soaps are being made.

There's talk about "gasifcation" now, and complicated machines that burn garbage . "Gasifiers" have been built and are being tested that can turn garbage into usable power, such as fuel, and electricity.

HOLY COW! WHY NOT DO THAT EVERYWHERE -- DO IT NOW!

Yeah, yeah, the usual reasons -- money, approvals, committees, legislatures, laws -- even so, there's a guy who's working on creating a home-size gasifier.  If you like to build things, here's what he's doing: My Home-made Biomass Gasifier. http://bit.ly/Wbm20U

Hold the thought -- since John and I have got to trash our trash, and continue to do what we're doing for maybe another ten years, maybe ... just maybe ... NOW is the time to revise -- pull "Roseanne" out of the trash, update her, and see what producers think.

(VIDEO) ARE WE SOULMATES? 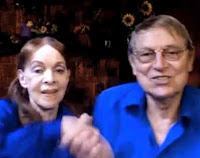 As close as they are, John Cullum and Em realize they function very differently, and have areas where they aren't really compatible.

Even so, their conflicts over things like religion and money never turn into arguments.

They both conclude, despite differences in their ideas about very important things, they are in fact, soulmates.