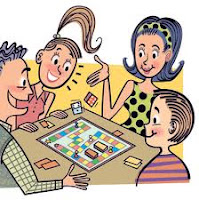 Remember when you played card games, board games, guessing games?

Now, as you probably know, games are played on an Xbox, Nintendo, mobile phone, laptop, or on a PC.

The other day I read about a two-day event called Call of Duty XP, a get-together in Howard Hughes' old hanger where he kept the Spruce Goose. Six-thousand players attended -- guys who play one of the insanely popular "Call of Duty," Modern Warfare," "Battlefield" video-games that are gritty simulations of military combat. The event ended with a "Call of Duty" tournament -- 32 four-person teams competed for $1 million in prizes.

I'd never heard of "Call of Duty." I was amazed that so many people were hooked on it. But since I'm hooked on conquering and improving various computer processes that I use daily while maintaining my YouTube channels and blog, I certainly understand how seductively fascinating "playing" on a computer is.

Googling "Call of Duty," I studied pictures, videos, and Websites. I read about forums, discussions, blogs, clubs, and noted that there are 24/7 hot-lines where players can get support.

The creators of "Call of Duty" brag about its fidelity. Some of the gameplay could be mistaken for Youtube footage from Iraq or Afghanistan. They're touting the fact that veterans just back from these wars, and active military people, play it in their off hours.

Maybe you don't play games on any of your gizmos, but children do -- kids who are going to become our inventors, our advertising execs, copy writers, designers, architects, authors, rappers, singers, -- celebrity performers who will inspire the next generation.

Okay, we've got violence and perversion in blockbuster movies, but gizmo games are played for hours on end. You're not just watching. You're practicing violence.

What about Farmville, Mafia Wars, and other seductive games 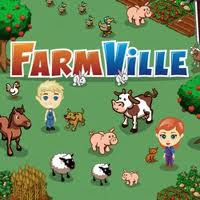 you can play on Facebook? I don't play video games, but I know when you're playing on a computer, you're deep into an imaginary world, avoiding little ideas, little pings of energy, that might get you active in the real world.

Why now, more than ever, are these games being played?

Maybe because right now there are no oases, no place where you can forget what's going on in your city, your state, your country, the rest of the fomenting, world.

I think these war games are encouraging and teaching players the thrill, the ecstasy of brutality, inflicting pain, using everything you know -- to kill better, faster, more thoroughly, gruesomely.

Okay -- killing games have been played throughout history. They're going to continue to be played in the same way that marijuana will be smoked, drugs will be taken, people will drink too much.

T.S. Eliot said, "This is the way the world ends. Not with a bang, with a whimper." I'm whimpering.

I'm quietly. writerishly shouting BEWARE OF GAMES. You can lose YOU in game playing.

Play the real game, the tricky one we all play 24/7-- the game of life -- live it, protect, nurture yourself and your loved ones -- keep alert, curious, involved with whatever concerns you.

If that takes you to a church, a school, a hospital, a dog pound or to a park to be a protester, or into politics locally, or nationally-- whatever... Wherever that game takes you, go and do something that needs to be done.

If you're sort of intrigued, click. I'm hoping these HOW TO PLAY IT instructions will discourage you. 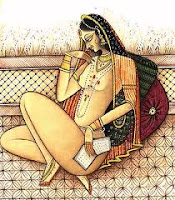 Have I been voodooed? Everywhere I look, everything I read is laying sex thoughts on me.

Am I being prudish?

Okay, I'm a prude, I'm can't stand the Viagra, the Cialis ads interrupting me whenever I turn on the TV, which I do often-- I use TV rather than a radio.

But we are being bombarded with sex and sexuality. Is it the vogue -- all the clothes on, clothes off in art, films, books, theater, fashion?

Is it natural, normal -- that I find myself wondering rather uninhibitedly, and quite frequently find myself picturing others intertwined?

Is it NOW -- the end of the world fears, decaying society, disintegrating environment?

Why has sex become so important? 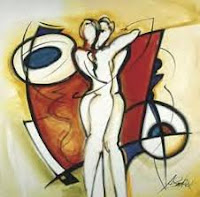 In one of my novels ("SOMEBODY") I wrote:
"The conversation enhanced his moment on the moon, heated her to a state of fuzzy intoxication that seemed more absorbing than last time. Or was it the time before that? Why was it that the specifics vanished? A second or two of ecstasy, more precious, more sought after than gold, less talked about but more on everyone's mind than any single subject, yet for all the focus, study, preparation, practice, those fragile fizzy seconds were gone in a flash, leaving no impression, just vague before and after memories."

I wrote that years ago, but it still seems (to me) to be true.

So what do I think IS important?

Isn't it what you do and how you fill your day -- what use you make of your time? For me, sometimes it feels as if I have plenty of time, but other days, time is flying. I remember after my 20th birthday, each day I was aware of growing older -- aware that I was sort of losing something I thought was very precious yesterday, when I was a teenager.

Like what? Beauty? Probably, and energy -- the desire to reach, grab, own --to taste, touch, feel just about everything.

Okay, I've grown up. I don't feel the same way about a lot of things. Anyhow, I have to say that I find the sex-sex-sex stuff that's everywhere --not stimulating, just plain annoying, and boring.

Cmon, 'fess up -- what's on your mind right this instant? Food? A loved-one? What to wear? Some task you ought to do, that you haven't done yet? Sleep? Is SEX, any aspect of, it on your mind?

Well, I've said enough, but I can't help wondering if I'm missing something that you who are reading this can explain, that many other normal people can easily explain.

Here's an interesting, not boring test that sort of, maybe tells you if you're normal:
http://www.bbc.co.uk/science/humanbody/sex/index_cookie.shtml
Posted by em's talkery at 4:00 AM 7 comments: