I like Bryan Walsh. He's a reporter for Time. I've looked him up and seen a photo of him -- he looks as if he's in his forties, but I can't find any detailed background about him. I've read articles that he's written on a wide range of subjects -- weather, science, new inventions, computers, clothes, exercise, food. What he writes makes sense to me and often -- amazingly, quite often -- he educates me.

When I saw this bleak picture with the headline, "NATURE IS OVER," I winced. It seems to me Time, like Newsweek, like TV, headlines stuff to sell something -- an advertiser's product, the magazine, the TV station itself.

"Dammit, nature is NOT over," I was thinking, till I noticed the name below the headline -- the article was by Bryan Walsh. 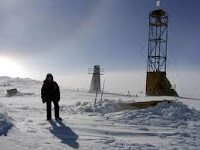 ng -- the first paragraph announced that a team 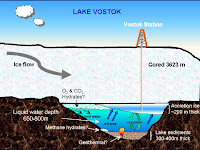 of Russian scientists in Antarctica have just found Lake Vostok, a large sub-glacial lake -- water that's been sealed off, untouched by humans for 34 million years.

Not sure why that was hugely important, I read sort of absentmindedly and gathered a lot of anthropological terms, and lots of percentage numbers about "ecosystems" changing.

I heated up my coffee. Oh boy, the information that's been loaded into my brain about endangered things -- animals, birds, water, forests, melting icebergs, bad air, bad weather, new diseases -- it's almost overwhelming. This has been a year of negatives, unending polls/numbers/percentages -- I'm tired of thinking about where we are heading, politically and economically, thinking about the rebellions, the horrors -- all the bad stuff that's happening all over the world.

I sipped my coffee and I read on. What Bryan Walsh was reporting was loaded with words about the "Holocene age" that we've been in for the last 12,000 years. The word, derived from the Greek, means new and whole. Apparently now, right now, because there are now seven billion humans on earth and man is going to change to change the world in order to survive -- the geologists, and scientists have said that we entering the "Anthropocene age." ("Anthro" is man).

Walsh explained about these ages or epochs like a teacher, gathering and summarizing facts objectively. Not preaching or emphasizing what mankind has done by selfishly, harmfully ignoring environmental issues, he moved me into a new sense of reality.

He pointed out that nowadays we do many marvelous things to maintain and expand life. As an example of this, Walsh mentioned nuclear power that IS cleaner, better for the earth than the power we are currently using. I braced myself, expecting to hear again the doomful numbers, percentages, polls, summaries about what's happening in Japan. But Walsh, instead of reiterating all that, pointed out that the dangerous aspects of nuclear power can be conquered, even re-conceived.

Quoting a Nobel Prize winning environmentalist, he said, "'Our ability to comprehend the full extent of the human impact on earth puts us in a unique position as planetary gardeners, a responsibility we have no choice but to take on. We are as gods, and we have to get good at it.'"

For the first time, I find myself thinking that all the bad stuff that's happening here, happening all over the world -- those numbers/polls/ percentages/ surveys, may be moving us into a new reality.

Am I grabbing onto hope? If you dig into the word "anthropocene," you'll find, as I found, it is very current, new thought that many other people are digging into and finding hopeful, 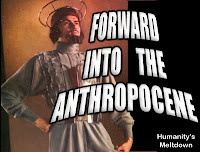 Visit this link -- Welcome to the Anthropocene debate. Or click and read what Science Website says. about this; read what the NY Times said:

Or glance at this National Geographic video for a second. If you have time, watch the entire video, and-absorb the ideas for a while, and see where it takes you.

WHAT DO I CRAVE?

Browsing in one of my magazines, I saw a photo of a luxury car, expensive dress, fabulously chic shoes -- the real price -- next to it, an amazing bargain price for each item.

I speed-read ahead, a

nd learned about gilt.com, a new Website. On gilt.com, you can buy all sorts of luxury items at super-low bargain prices.

Like groupon.com, apparently gilt.com is booming. Already big investors are investing in it. The article went on and on about its IPO, (initial public offering), that's going to get millions of people signing up and buying the luxuries they crave.

I put a check mark on the page and attached a paper clip thinking "Well, maybe I could do a blog about this."

Big money stuff, a hot new Website selling luxury items that people crave, doesn't excite me these days the way they used to.

With my husband, John Cullum, I've bought a very expensive luxury car, considered buying a mansion, and haute couture clothes were certainly something I craved.

Maybe because I belong to yesterday -- am part of the previous generation or the one before that -- nowadays I don't think about or crave luxury, beyond what we have in our home -- 5th floor, our attic style bedroom at the rear of our loft, where sounds from the other buildings can't be heard. Right now I crave the luxury of privacy, peace and quiet, where I can think my own thoughts, remember things we did, re-visit hopes, dreams, and fun adventures.

My only comfort is remembering -- yes, it's comforting -- what our country, sweet land of liberty has meant to me -- wow -- still means to me now, more than ever. 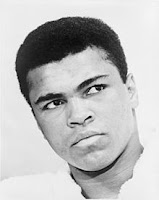 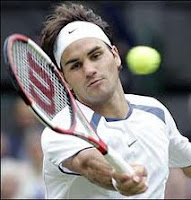