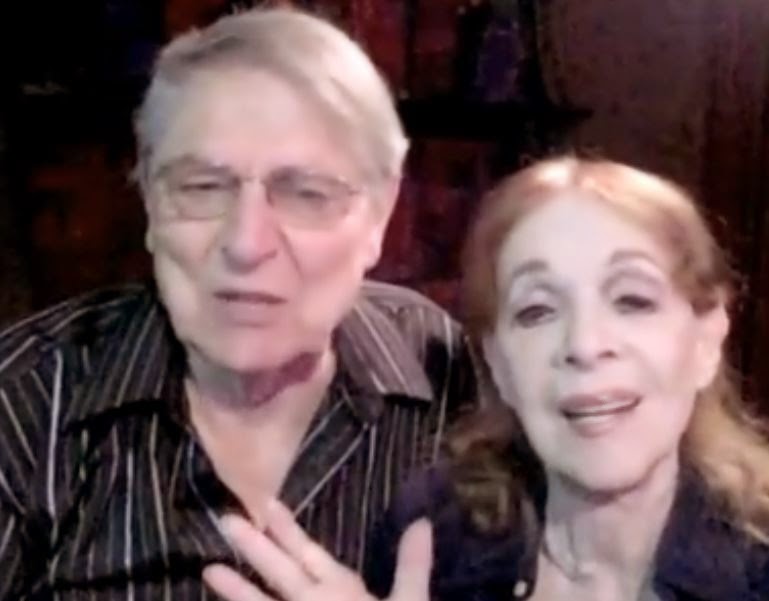 Praising John as a dancer, Emily presses him to demonstrate how he improvises a little dance for her, whenever she asks.

Spur of the moment, he does three improvisations.

Though his improvs embarrass him a little, they absolutely delight Emily.

I saw this photo of this guy proudly poised like a dancer.

His name is Russell Simmons. He was chatting with Belinda Luscombe, a Time Magazine reporter. who interviews important people with 10 questions. Simmons looked like a kid. I hadn't heard of him, but right off the bat, I got a sense that this guy was self confident.

Belinda asked, "Aren’t you worried that your book on meditation, 'Success Through Stillness,'  might make people think you’re too soft to be a rap entrepreneur?"

(Recently, some of my personal friends are into meditation and asking me if I meditate, and since I do, his reply interested me.)

Russell said, "I’ve been meditating for 20 years. I’ve been practicing yoga for 20 years. I’ve been writing books on happiness for 10 years. I think everybody in the hip-hop community knows Uncle Rush as a person who promotes well-being. I’m not at all worried, and meditating is something I want the world to do. I want to take in the hood and meditate. I want to go to Chicago and get Rahm Emanuel and put meditation in the schools in Chicago."

B asked the question that I wanted to ask, "Is Uncle Rush your nickname because you’re always in a hurry?"

RS: "Yeah, and Rush also was a particular brand of angel dust. But now I’m a monk. I don’t smoke or drink or eat animals or wear any animal product. About 20 years ago, I started to find meditation in the morning to be a lot more satisfying than drinking at night."

(I Googled, learning that Uncle Rush was 56-years-old, in the music business, clothing, and fashion business, with a net-worth of approximately $340  million. I glued my mind to hearing how meditation helped him succeed. I think of my dancing as meditating because it's an intense, unbreakable focus on doing steps I have danced every day for many years, -- it gives me joy, energy, and sometimes courage.)

B:  How would you respond to people who say, it’s fine for you to meditate – your money is making money – but the rest of us have to make a living?

RS: I run a fashion company, "Argyle Culture." I run three digital companies: "All Def Digital," "Narrative" and "GlobalGrind.com." I run four charities. I’m able to do a lot because I meditate. Meditation helped me to be more expansive in my abilities, but it also allowed me freedom to not carry the anxiety and weight that people associate with worldly pursuits.

B:: Do you have a dream disciple, someone you’d love to win over?

RS: Kim Kardashian and Justin Bieber. We had a big initiative to end the drug laws the way they are today. Every celebrity you could think of signed our letter, all the civil organizations. We had a rally. Nobody did sh-t [in response]. Justin Bieber tweeted it out --  “Ding-aling, Attorney General on the line.”

B: Is it drug laws or the prevalence of drugs that’s an issue?

RS: The drug laws took innocent diseased people, locked them up, educated them in criminal behavior and dumped them back in the hood without a chance for employment or any opportunity to be good parts of society. That’s why I occupied [Wall Street]. That’s why I slept in the park. Only once. I live across the street.

(His humor was wry, ultra honest, and every time he cussed, it was bleeped.)

B asked, What do you think of the new trend of tolerance rap, like Macklemore and Lecrae?

B: Are you suggesting rap has never been homophobic?

RS: I’d say that society has always been homophobic. I would not say rap was more homophobic than Congress. F-ck no. Or the city council or the preachers. I like Macklemore’s record; I heard it while in shavasana.

(He was referring to a Yoga pose, I wondered which pose he meant).

B: Is the music business over?

R.S:  No, I think the doors are wide open, and whatever I’ve done can be done easily by someone who has the drive and interest. It’s easier to be in the record business now. You need a hot-ass record – that’s it. Nobody can stop you.

B   Is that why you’re back in the entertainment business?

R.S.  "All Def Digital" is young writers, directors, poets, comedians, music artists. There’s a bunch of black people who deserve a break. Hollywood’s diversity is –  did you know that Kerry Washington is the first black girl lead in a show like that since Diahann Carroll in Julia?

B: Is Hollywood more segregated than other industries?

R.S: More than anything I’ve ever seen. I’m not mad at Hollywood, by the way. They have good intentions, they’re sweet people, they’re liberal–they’re just less integrated than Jerry Springer.

The video, excerpts of this conversation, will give you a sense of who this man is. I like him -- the kid is definitely a grownup, an unstoppable mover, shaker, and doer.