HEALTH SCARE OF THE WEEK

Last week, MedicalDailyNews. com announced, "adults who average less than seven hours of sleep at night, have a higher risk of mental impairment, cardio vascular disease, and other illnesses." 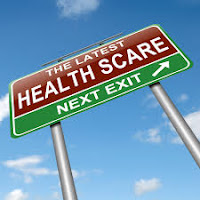 As I swallowed that, in bold print the next paragraph said, "New research suggests that sleep deprivation may be a factor in Alzheimer's. Since the buildup of a sticky protein (Beta amyloid) in the brain increases with lack of sleep, it may start to cause damage long before actual memory problems develop." 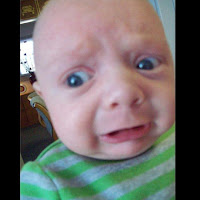 So what do you do with the latest health scare news? Probably get less sleep, because you're worried about getting less sleep.

Each week there's something -- results of a questionnaire, a poll some poll-taker did to prove something with a statistic -- oddball conclusions like people over 55 who smile a lot are 50% more depressed than people 35 to 45 -- tidbits that are grabbed by the media, and blown up into big news.

Hey, remember all the health scares -- the NO NOs  about coffee, artificial sweeteners, eggs? And saturated fats -- they've been a huge No No since 1950.

Five minutes ago the latest big news --"margarine is a killer" was immediately repudiated by  UK'S Daily Telegraph saying "research shows that saturated fats do not cause heart disease."

Golly, we've got  52 weeks of health scares. Over and over we'll be hearing about cholesterol, bladder, heart, heartburn, rheumatic-digestive-diabetic-asthmatic troubles, various private-personal places on our bodies that medications will help, and tons of new things that compel you to believe that you'll achieve a healthier you if you get your doctor to prescribe them.

Facts. figures, testimonials -- they become bricks that build up our live longer routines, though they do not help you live longer. For instance, we are strongly, every day, encouraged to take 2 pain pills a day (NSaids that can create serious problems) rather than take 6 of the acetaminophen (that can cause liver problems if you use it continually.)

Whenever I hear about taking those 2 pills, not the 6 (I ended up in the hospital for a week after taking NSAIDS.), I shout shut up! That's a lie.

Okay, everyone has a common sense self -- a him or her who needs to be alerted and consulted, when we get these weekly health scares. Want to know what my common sense practical, realistic, knowledgeable Dr. Em-self says about all this? 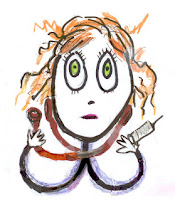 Dr. Em says yell like hell at the TV. Yelling  at the TV definitely makes you feel better, wiser, healthier.

Ted Koppel -- former "Nightline" anchor, in his new book "Lights Out," warns us about a massive cyber attack." 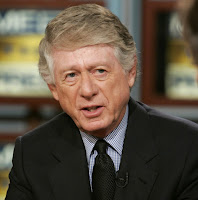 I've thought about that, but shoved it out of my mind. Gee, what can we do? New York City is a prime target. Move out of the city? Go where?

Today, there's a hit TV series, "Doomsday Preppies," that's into its 4th season -- a hero with a popped collar, alligator shirt, sweater over the shoulders, and gas mask. There are rich people who have bought deep underground, Ritz Carlton type of designer bomb shelters, far away from major cities. Now, also, online you can find websites that advise you how on to prepare for small disasters like power outages, as well as big disasters like Super Storm Sandy, floods, fires, and also, the possibilities of jihadist terrorists.

Back in the fifties, after we got the hydrogen bomb, we were encouraged to build shelters by President Truman, then Eisenhower, then JFK.

There was a Civil Defense Department that gave out advice on how to build one yourself for $100 to $200. 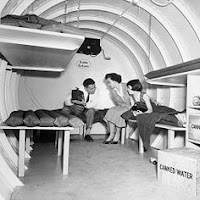 During the sixties, fears about the bomb quieted down, as arms-control talks and a limited nuclear test ban evolved. Shelters were converted into wine cellars, mushroom gardens, recreation rooms, or storage areas.

Koppel said, unequivocally, "Now is the time to prepare. The time to panic is if we wait until it happens. Former secretary of Homeland Security, Janet Napolitano, told me she thinks the chances of a cyper attack are 80 to 90 percent. Though government agencies need to establish some kind of plan -- FEMA, and the Department of Homeland security don't have plans yet.  Even so, every person needs to prepare."

Wow -- what should we do if the SHTF -- Shit hits the fan is the term used in the Modern Survival Blog's 55 ways to prepare. Guys, click on the link and study the list -- make notes, and think about where you could go, and what you might need.

Yes, my husband and I have talked about this more than once, but we have no definite, real plan. We continue to live the way we've chosen to live. Yes, our eyes and ears are ready to receive warnings; yes, we more or less know where tools, important papers, and irreplaceable mementos are stored. But No -- we are not preparing for doomsday. It doesn't feel right to start tearing down, reshaping our life style. It's a do nothing p o v.

In hurricane season, you know there will be hurricanes. Nevertheless, boarding up the windows as the season begins does not make sense if nothing specific is heading your way. You watch the news for trends, and think about plans.

However, Koppel, describing his own plans, says "having a store house of food in your home that will last the family three months, is a very, very sensible precaution."  He explained that he had a store house in Maryland near his home -- with a generator -- one he's had for a few years. "I live in a part of Maryland where the power goes out a lot. I did order and stocked freeze-dried food, enough for my grown kids and grandkids."

Okay Ted Koppel -- I am looking at online videos.

Guys I am advising you as I am advising myself -- feel out what you need to do that makes sense, and make your own list of the major ways -- maybe just 10 ways -- to start preparing. Fear is a fence you can climb over, and check out what's there.

After I watched this video, I put "Water" at the top of the list I've started to make.