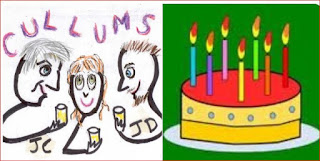 David Asprey, age 45, the founder of Bulletproof Coffee that popularized adding a slice of butter to your morning coffee, plans to live till he's at least 180. Superhuman longevity is central to his work as a life style and wellness guru. 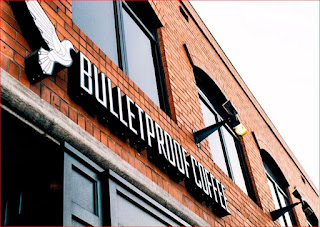 He's a biohacker (bio as in biology), experimenting and using himself on what he learns from researching here and there. Do-it-yourself biology is a growing biotechnological social movement in which individuals, communities, and small organizations study biology and life science using the same methods as traditional research institutions.


From the detailed report on him in Men's Health Magazine, we learn he's had the most extensive stem-cell treatment that’s ever been done on a person at one time. The surgeon extracted bone marrow from his hips, filtered out stem cells, and injected stem cells into every joint in Asprey’s body that affects physical prowess, as well as looks, and sexuality. He'll have this surgery again as he ages. 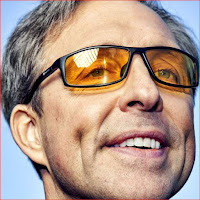 He takes one-hundred supplements daily, religiously follows a low-carb, high-fat diet, bathes in infared light, chills in a cryotherapy chamber, and relaxes in a hyperbaric oxygen chamber, sleeps on an atmospheric cell trainer bed of infrared lights that vibrates 30 times per second. He wears special yellow-lensed glasses that protect him from junk light when he  leaves his offices or home.


Over the past decade, he’s published five books on subjects ranging from  fertility to "Better Baby Book," which he co-wrote with his wife, a physician. His podcast, Bulletproof Radio, has been downloaded more than 75 million times. He tweets inspirational messages to his 332,000 Twitter followers, and advises them about sex, sleep, and diet, though he has no medical degree or nutritional training. 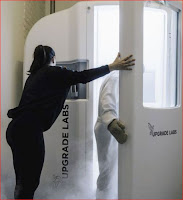 Asprey, wife, and their two sons live in B.C. Canada, a short trip by plane to the Bulletproof offices in Seattle. He's nicknamed his office  "Alpha Labs." It's exercise gadgets in a high-intensity interval circuit that can deliver two and a half hours of exercise in 21 minutes, with no Aerobics." He warns clients in one of his podcasts, "Aerobic exercise may be destroying your body.”

Having spent at least a million dollars hacking his own biology, and more than $700,000 on Alpha Labs, Asbrey remarks with a sense of humor, "Hanging around for another 140 years, making it to 2153, will certainly take several million more, if I don't die trying to get there."

Other hackers point out that Asprey’s lack of official credentials benefits him--there’s a huge distrust of mainstream medicine now, so not being a doctor is an asset. Rachel Monroe, the highly respected author, who wrote the article in Men's Health, expresses amazement and occasionally skepticism about what biohacking is doing for him personally and financially. (Here's the article by Monroe, with more about all this.)

Asprey points to his track record: “Whether or not you have a piece of paper isn’t a great indication of whether you’ll help hundreds of thousands of people." He chuckles as he says, “The bottom line is if the risk-reward ratio is pretty good and you want to be in control of your own biology, why not try it?”

What sits in my mind is his easy-come/easy-go handling of millions of dollars, the successful- handsome-man photos of him everywhere, and him owning the company you'll be paying to upgrade your mind and body so you can live to 180. It gets me, eyebrows raised, wondering if he's a visionary exploring new frontiers, or a very creative huckster.