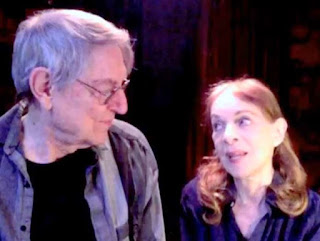 Emily explains why John wrote a poem for her, and how the poem is used. 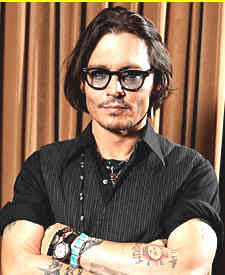 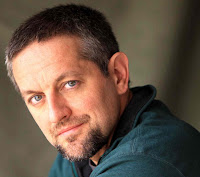 JD Cullum is our son, an actor,  not famous,but much admired, highly respected by other actors in California.

Depp is handsome. JD is handsome. They are almost the same age. Johnny D has achieved what actors dream of achieving. JD has been "discovered," --  on his way to stardom -- but when his big break happened, there was an actors' strike and the TV series he was going to co-star in was postponed and fizzled.

Depp has played memorable roles in many films, blockbuster films. I observe his work with my eye, developed from my being the wife, fan, and critic of the shows my husband, John Cullum, has starred in. Depp is always interesting and always gives us a person with whom we can identify, be it a leading man, hero, or villain, but ... nitpicking, why does he always hide the character, the real person with props?  Glasses, very often he's wearing glasses, donning them, removing them, polishing them, or he's smoking. I miss seeing his eyes, sensing the real Depp's feelings.

JD is constantly performing leading roles in plays, doing guest spots on TV, and in films. Nit picking, he seems to need laughs, gets laughs, but often layers into the role he's playing, far out, even zany characteristics -- a tremor, a weird something or other. I would love to see him play a romantic lead -- play a man more simply, using no gimmicks, or oddities, and  NOT go for laughs.

Anyhow, JD is in "The Lone Ranger," the 2013 film, starring Johnny D. JD played Wendell, the accountant, and was on location throughout the shooting of this film.  Though I asked questions about Johnny D's girl friend, broken marriage and kids, JD just mm-ed. Impressed and jealous, he talked about Johnny D's huge trailer loaded with fantastic exercise equipment that enabled the star to workout daily.  (JD is also an exercise nut.)

Now, of course, Johnny D's into the next phase of his life -- another film, and maybe another wife. He's always been scrupulously careful about what he has revealed bout himself. And now, JD is back with his girlfriend, a telephone relationship with his ex wife, and job hunting.

My thoughts swirl -- I don't pray for luck, or ask God to help JD. I see what I see and know that JD is mile-a-minute into many new projects, like his  dad and I who are still in motion -- growing, trying, striving, hoping and adjusting to happenstance. That's what the Cullums believe in and go for -- life motion.

The two JD's -- two guys on the same road, and one road has led one of them to fame, and fortune -- we are happy that JD's trip has made him into a clear-thinking, craftsman, who is zestfully traveling. 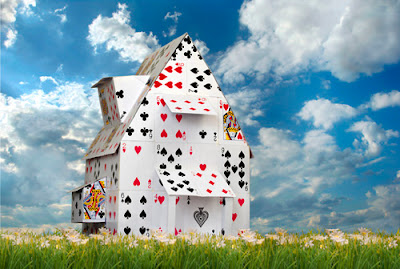 What's really real? Sometimes what you imagine is real is realer than ANYTHING.

You dwell on it, live with it, examine and re-examine, define, re-define, and spent tons of time on denying whatever it is, but the more you think on it, try to handle it, the larger, messier, more complicated it becomes.

Beware -- this is the way an obsession gets born.  It distracts you.  It keeps you awake when you ought to be sleeping. Like -- am I too old to wear hot pants?  Why hasn't my agent phoned me?  Hey, was that little cramp in my chest my heart?

Some obsessive thoughts are worries.  Others are fantasies, like, gee -- I could have made a lot of money on that idea!  Golly, I could have been a star.

How to stop it, nip it in the bud, blap it, bomb it out of your mind?

Grab a  pen, a piece of paper, name it -- spell it out. Pin the specifics about the thought on the paper -- the phone call you ought to make but haven't made -- you'll phone on what date? Put down the name of the person, a summary sentence, what you need to do to fix/change/end what you've been thinking over and over.

Or skip writing it down. Just phone someone, anyone, and mention what you've been thinking and when you hear yourself verbalizing whatever it is -- hey, you'll realize it isn't so awful, so important, or so urgent. If you hate to phone, mention it in an email, or tell the mail man, the delivery boy -- say -- I've been so busy worrying I haven't found out how you're doing?

Any obsession is like a rock -- too big, too heavy to pick up. You can't move it but you can pick up something nearby -- a pebble, a pinch of dirt, and ponder it.  Put it next to that big old rock and hey -- the rock's just an old part of the scenery that, once upon a time, was dirt, a pebble, or maybe a bunch of 'em that got stuck together and -- hey -- whatever you were obsess-ifying over, is gone.

Go look in the mirror.  Wear the hot pants. Comb your hair.  Smile. 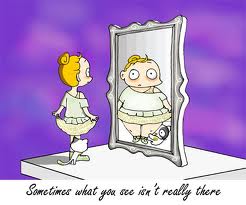 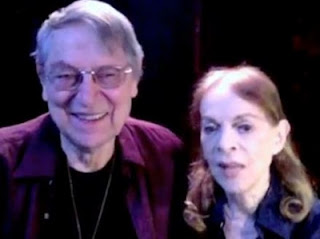 Em asks John Cullum what kind of work would he would HATE to have to do.

John Cullum reveals that any job that has to do with selling is "not for me!"

Em thinks that worst job for her would be being a maid. It's not the cleaning or subservient aspects of the work -- it's a bad job for her because she doesn't do it well.

Discussing other possibilities, one thing is certain--John doesn't mind doing "dirty work," but selling insurance or real estate is out of the question.