Buffett, who is 88-years-old, says, "Why do I get up every day and jump out of bed? It's because I love what I do and the people I do it with!"

He and his 25 colleagues occupy a single floor of a tower that displays someone else's names, and a sign that says "Invest Like A Champion Today." 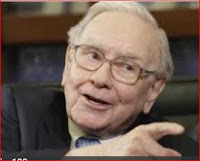 The modest office doesn't indicate what goes on inside.  Every working day, Berkshre Hawthaway, (name he borrowed from a  client,) Warren puts in $100 million from subsidiaries, shares, dividends, and interest from Treasuries. They out perform S & P by almost 2.5 million percent, though in the first decade of this year, the firm fell behind. Buffett, unworried, sticks to the investment strategy he developed since buying his first stock at age 11. He wrote his investors, "We are willing to back our own conviction with our own money." 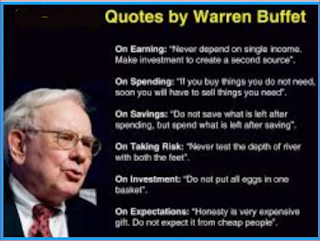 This secret club is what he's done for young people. 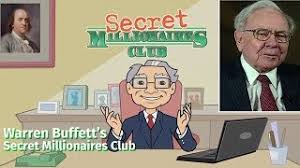 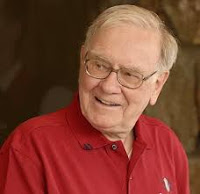 Playing the long game could seem very risky for any man, especially for one his age, but Warren sticks with what worked when he says, "I am not bothered by the thought of my death,"  adding, "I'm not big on superstition... that can be expensive."

Guys, in Wikipedia and other biographical sources, there are fun details about his private life--what he eats, drinks, reads, his health, family, kids, first and second wife--it would fill a week of daily blogs and help to explain why he has a finger in thousands of money-making pies.

He's busier than ever, not retiring--that's why I'm writing about him. Clearly what he eats, wears, and how he handles his day, shows us that he ignores the current golden rules for survival that we're bombarded with every day. He enjoys, truly e-n-j-o-y-s what he does--is doing today, yesterday, and tomorrow.

Grab that. Apply it! Find a way, a hundred little and big ways to enjoy what you are doing.

(VIDEO) WHO IS SMARTER?

John Cullum and Em talk about how they think differently, when they're making decisions.

Em loves the way John's mind works in a straight line, John loves the speedy way Em gathers information. Each thinks the other is smarter.