WHY DO I LOVE THESE GUYS? 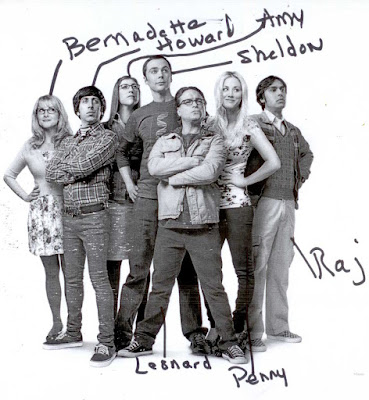 I bumped into them a few months ago on a night I was restless, looking for a film or a rerun of Friends or Seinfeld.

Wow! What I saw and heard got me laughing. These guys seemed so real, quirky, flawed, smart --  what seemed to be important to each of them interested me. I watched it the next night, and then the  next night. For the past few months, just about every evening, after browsing around for news that I haven't heard, I tune in this show.

That there's no TV punch lines, no intonation to setup up a laugh, that scenes start and end unexpectedly, out of sequence, that plot things are never explained -- they just make sense -- and what these people are involved with -- even science stuff that I know very little about -- is intriguing. 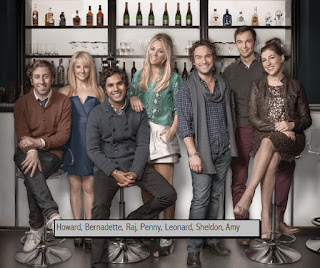 Amy often amazes me  (her acting's exceptionally inventive). I get annoyed with Penny, (gorgeous, constantly sipping liquor), wishing she showed more affection for the passionately honest, somewhat boring Leonard, (affection she has for the marvelously irritating, brilliant Sheldon) -- Sheldon's sort of the star of the show. And tiny, tinny-sounding Bernadette, sharp, smart, down-to earth and divertingly voluptuous, whose her lover/husband Howard (another remarkably inventive actor) struggles with a domineering (unseen) Jewish Mom, and flirts with Raj, who's from India, in and out of love constantly, surprising us with his realistic views.

Guys, this is NOT a critque -- it's a love letter to the show's creators, Chuck Lorre  and Bill Prady, wise, intuitive, skilled grownups, who know instinctively, factually, dramatically what was and is affecting everything that's going on in our country.

Will I be watching six months from now?  Will how these characters mature -- their conflicts, goals, personal and professional happenstance, still intrigue me?

Maybe. There's nothing else like this show on television. Even if I get somewhat bored, there's the opening theme -- this fantastic vision of the evolution of the world that astounds and delights me every time I see it, that's worth seeing again, and again, and yes -- again.

(VIDEO) WOULD YOUR CHILD-SELF BE PROUD OF YOU...

Emily asks her husband a rather tricky question -- would his child-self approve, applaud what he's become? 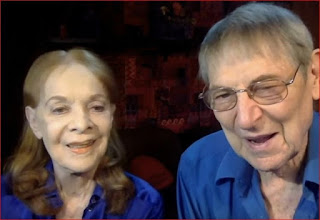 Struggling to answer her, John finds himself telling his wife something about himself that surprises her.