The Cullums know all too well, that your work is never done when you're in a show -- it has to be performed again, freshly, tomorrow. That's why a favorite time-wasting activity is working on things that can be accomplished -- actually finished. 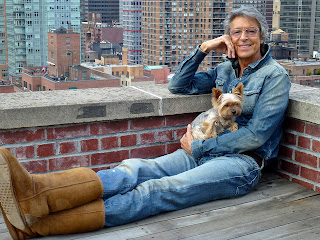 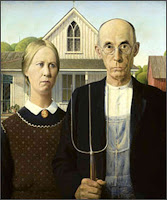 What is the American Dream?

Like a schoolgirl, I can rattle off what I've heard, been taught, and seen.

Is this dream an inheritance from the previous century -- the most important thing in life is having enough money for the good life? Maybe, but that's never been my dream.

When I was writing about a woman who, like me, was dressed in her mother's dreams, I named the book "SOMEBODY--Woman of the Century."

Being somebody -- that was the fire in my life, in the life of lots of people I know.

I read "How to Restore the American Dream," an article by Fareed  Zakaria, an Editor-at-large of Time Magazine. It was packed  with figures -- billions, millions, percentages, median incomes, wages,  profits, losses -- big numbers, big issues that relate to  money-money-money.

And movies, TV, the Internet -- everywhere we look -- store  windows, signs, ads tell us MONEY IS IT.

I think it's a wrong vision, a bound-to-fail dream.

I say YOU GOT TO DO. Dreaming is DOING -- an action. Hey, it's an Aristotelian concept -- teaching, cooking, sewing,  writing, painting, gardening, hunting, cleaning, inventing, engineering  -- add to this anything you like to do. "Action" usually involves  bodily movement. Philosophers argue about this, but in-active doings --  studying, learning, listening, thinking -- are actions.

Let  the wise men discuss and diagnose the world's economic problems and  translate them into solutions. If you fog out and blot out and ignore the  money-money aspects of what's on your mind, you may find, in your thoughts, a dream, a focus that  will inspire you to DO something.

If your dream sounds  or seems ridiculous -- impractical, silly, too big, too  trivial -- just hold on tight -- it'll probably build into something you can maybe,  possibly, sooner or later, try to do.

Just the possibility is beyond money, more than the gleaming house -- it is gold in your mind that you own.

As John mentions the titles of books he's been reading, we learn that he habitually postpones finishing a novel. Instead, as he starts reading a new book, he returns to a favorite book, reacquaints himself with the characters, and then reads the ending.

John Cullum's appetite for the classics, and his pleasure in reading them amazes Em.