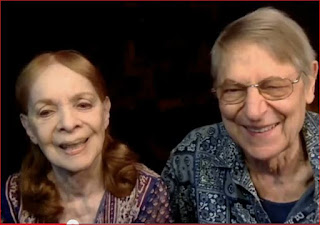 Having listed time-wasting, purposeless things they more or less habitually do, suddenly John sums it up. and explains the why-and-wherefore of the silly habits they've revealed.

I noticed in The Week Magazine, a small article headlined, "Tooth Heal Thyself."

I grabbed it, and read every word. I'd just had my teeth cleaned. It takes a half hour to get to get  there, an hour in the Dentist's office, another half hour to get back home; costs about $300 to get "no urgent problems, come back in six months," though I have a cap that needs to be replaced, which will be three appointments that will be costly in time and money.

Can one NOT go to the dentist and keep one's teeth in shape? The magazine article mentioned that you could keep your teeth healthy, even heal a cavity by chewing on a stick.

I googled -- read articles in Newsweek, and Time -- found references, quotable quotes from established scientists confirming that you-yourself can heal cavities with "nutrient rich foods" -- finally, bumped into the World Health Organization. In bold print, in its international reports on oral hygiene that were published in 1986 and again in 2000, the World Health Organization  recommends the use of Miswak.

Here's link to the Wikipedia photo and article: "Minerals in this root or twig include potassium, sodium chloride, sodium bicarbonate, and calcium oxides. These ingredients all strengthen the tooth enamel. The bark contains an antibiotic which suppresses the growth of bacteria and the formation of plaque. Research shows that regular use of miswak significantly reduces plaque, gingivitis and growth of carcinogenic bacteria."

On Miswak's website, (it's pronounced "miz wa"), I learned that Miswak, (Salvadora persica), was used by the Babylonians some 7000 years ago; was later used throughout the Greek and Roman empires, and also by ancient Egyptians, Muslims and Inca civilizations; is used in different parts of Africa, Asia, especially the Middle East, and South America. "It naturally strengthens and protects the enamel with resins and mild abrasives for whiter teeth and fresher breath; reduces stains from tobacco products, coffee and teas; the form of the twig massages the gums, and makes it easier to get to the hard-to-reach places for a standard toothbrush. It is used in place of the ordinary toothbrush and toothpaste -- the miswak stick requires no toothpaste whatsoever."

I'm picturing myself chewing on it. You can buy it on Miswakstick.com for $1.99 -- buy a few, a bunch, or purchase it on Etsy, Ebay, Walmart, Amazon.  My husband said, "Let's try it -- let me be the guinea pig." Our two sticks will arrive in about a week.