That driverless cars will choose who lives and who dies, perturbs me.

Example: A self-driving car carrying a family of four on a rural two-lane highway notices a bouncing ball ahead. As it approaches, a child runs out to retrieve the ball. Should the car risk its passengers’ lives by swerving to the side, where the edge of the road meets a steep cliff? Or should the car continue on its path, doing what is best for its passengers’ safety, at the child’s expense? 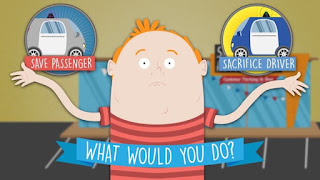 People who've answered this question for Science Advances Magazine, chose "spare the pedestrians." The magazine is one of the five journals put out by AAAS (American Association for the Advancement of Science) that keeps the public, scientists, and investors in car manufacturing companies informed, on what self-driving car most people will choose.

The major guys are Google, Tesla,  Mercedes, and Apple. They, and 29 other companies (click, see the names), are working night and day to become the autonomous car that's thought of as "the best."

Researchers polled 1,928 internet users. A pattern emerged: The higher the number of pedestrians that would be spared, the more participants felt it was ethical for the car to sacrifice a passenger, even when they imagined that person was a family member. Then, participants were whether the government should require driverless cars to minimize pedestrian deaths at the expense of passengers, and asked, "Would you  buy a car programmed to do so?"

People said YES to autonomous cars that would kill one pedestrian to "save ten others." But when they were asked if they want to own such a car themselves, or support the government enforcing this kind of  sacrifice, they said, NO -- they were not going to buy a car designed to let the occupants die to spare pedestrians.

I'm betting that all the manufacturers  absorbed that fact.
Mercedes has committed to their car choosing the passenger in the car to survive, not the person who's been hit.
Google doesn't say who will survive -- they're just expanding, opening more factories, and buying the best talent in the world. 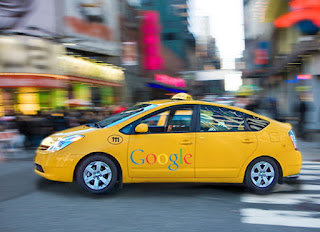 Guys, I think Artificial Intelligence in machines is wonderful, but robots driving our cars is scary -- there are moral decisions to be made -- human instinct is involved. Five years ago, crashes killed nearly 33,000 people in the United States, 1,250,000 million people worldwide, and human error caused almost all of the crashes. If the technology for driverless cars turns out to be as wonderfully safe as advertised, the risk of dying behind the wheel will almost certainly drop from where it is today... but collisions will happen, and some people will still die.

I would not buy a driverless car.
Posted by em's talkery at 4:00 AM 5 comments: 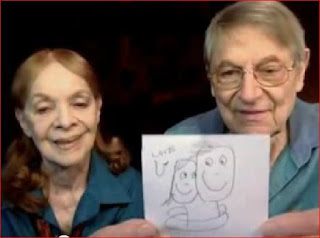 Every morning, Emily always draws a cartoon that reflects how they're feeling, and sets up a ha-ha mood for the day.