Suddenly, out of the blue, she was all over the news. Maybe not where you live, but I'm remembering what she said and did in March, when she was running for governor in the New York primary.

Winner of Tony, Emmy, Grammy awards, she's is a well-known actress. If I name Broadway plays, television, and films she's done as a star or featured player, it would fill this page. She's 52, lesbian, openly handling her commitment to her wife and their children, sharing this with reporters, who like and admire her, or dislike and disapprove.

The current governor of the state of New York, Andrew Cuomo, in March, like a guy running for president, was bombarding us with daily ads touting his accomplishments. Cuomo won the primary. But the way Cynthia sold her liberal ideas -- golly, the way she ambled down a street, holding out her hand to people -- could you smile, hold out a hand offering yourself to folks who are heading someplace and too busy to notice or consider voting for you -- that stays with me. 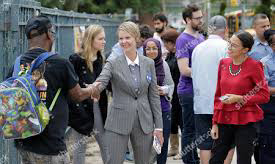 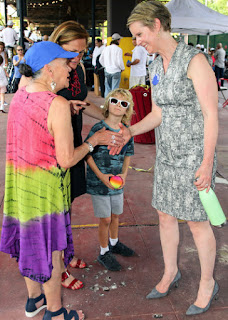 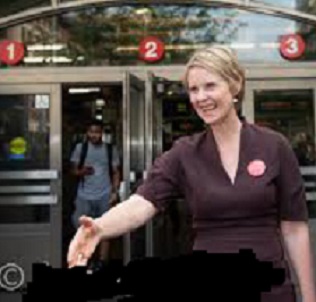 Guys, for years, I've seen a legendary actor, my husband John Cullum, digging into many different roles that require many aspects of what that character could, should, or might feel. I've been his eye at more than a few hundred rehearsals. I know what's real or not real. Cynthia's smile is real. That hand reaching for you is truly trying to connect with you.

Hey Cynthia Nixon, I'm hoping you keep running for offices, get on committees, give speeches, doing whatever you could do in your neighborhood, in your city, national politics, oh my, yes -- in politics today. We need people like you.

John Cullum wants everyone to know how exercise SAVED his wife, Emily Frankel. 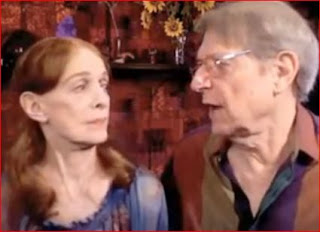 Yes, we are definitely older and wiser now. We made this video in 2010, it was one of our first, but it will give you an idea of how to make exercise more interesting, not tedious, even FUN.