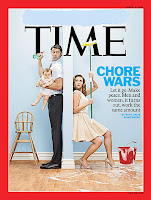 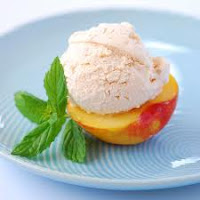 My feet are still bare. I'm wearing short shorts. The sun is shining.

Gnats are visiting. Banished temporarily with a perfumed kill-em, that I shouldn't be breathing in but I do -- rather breath it than scratch bites. 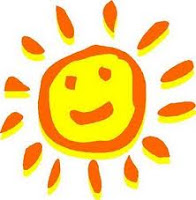 Still got summery wander lust -- feel like going for a walk when I ought to be working.

I already ordered my new calendar but it hasn't arrived.

My summer exercise outfit's hanging on the jogging machine that sits, unused, in the rear of my dance studio. The studio's exhaust fan is hooked up, just in case it gets over 80 degrees.

I didn't do any of that this summer, but summer means all that to me because that's what I have seen and that's what I feel like when the weather is balmy-- my do it now, get it done, hurry up, keep going, get there inner motor just unwinds, or slows down, or maybe it takes a rest, restfully slows ... gets slower, changes pitch --plays a softer, legato, lullabying melody.

So yes, summer is going. and I'll keep going,
doing my work, creating, like mother naturem a safe place for what I am ...

a shaped poised child who's privileged by what I inherited from my family and the thousands of dreams I dreamed and garnered from living though many seasons -- keep going with the balmy warming moments that can be found almost every day no matter how cold it may get before nest summer arrives. 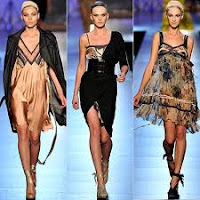 Galliano, (John, the British guy) this past February, had the fashion world with their hands over their ears.

He said he loved Hitler. After rehab in Arizona and Switzerland for triple addiction to alcohol, Valium and sleeping pills, he's been tried and found guilty, in France, of anti-semitic comments. Making anti-semitic remarks is against the law in France. His fine, his punishment, will be announced by the court sometime in September.

Will he pay? Yes. Will he be jailed? No. Will he rebound? I bet he will. The fashion world that adores McQueen, falls in love with a designer, and doesn't fall out of love for more than a minute. (A season is a minute.)

These two G's --both named John -- John Galliano and John Paul Gaultier -- are rather weird chaps, unrelated, but similar. Famous weird chaps put poison in our ears. (Yes, I borrowed that phrase from "Hamlet.") Women and men trust them, make them kings, revere them, follow them -- buy and wear their clothes, even when they're uglifying.

Galliano was fired from Dior, even though he's a brilliant, big-selling name designer. He'll be back with something marvelously innovative, shockingly new, that celebrities will wear, and if they wear 'em, we wear 'em

Gaultier has been Madonna's pal for a long time. I have a lot of reservations about what he and Madonna did to styles for women. Those cone bras, black net stockings on a garter belt -- say "Madonna" and you picture sex-gimmicks on her ultra-revealed body parts. Though Gaultier's creations haven't reached the high level of an exhibit in NYC's Metropolitan Museum, or MOMA (like McQueen's did), Gaultier's art is being displayed in museums -- currently in Montreal, and on its way to Dallas and San Francisco.

We love Gaultier things. He looks at and reacts to the swirl of activities, and creates for the real everyday world. (Side note: wherever he exhibits, he displays his good luck charm that sort of tells who he is -- it's a tiny teddy bear onto which he's stitched a tiny brassiere.)

Gaultier has a sense of humor. Oh yes, he's very interested in sexual provocation, but links his aesthetics with trends as well as politics. Daily life is on his runway -- tattoos, body art, Hasidic Jewish traditions, noble turbans of African immigrants, as well as the retro cool of Harlem. And he champions untypical faces -- Cyrano de Bergerac noses, Rubenesque bodies -- he even puts plus-size ladies on his runway.

Meanwhile, while Gaultier's rising, and Galliano's disappearing, Bernard Arnault (another name for our registry of IN people) is the top man. He's CEO of the number one, most powerful French coneglomerate -- LVMH (Louis Vuitton, Moet Hennessy).

Arnaut is aggressively reviving Dior, selling the fashion world on the house of Celine ((for 40 years, the top of the luxury brands for sexy city girls, that's now run by Phoebe Philo). Arnault is also promoting his designer daughter, Delphine.

Delphine may end up being the biggest fame-name. Fashion is a rock star business. Promotion gets us singing and dancing to the latest song.

What all this means, I don't know. I'm merely advocating that you learn the names, the styles. It's a bestseller world -- we'll see, love, or hate, and buy it, in one form or another.

Why? Because fashion reflects, and defines, delightfully temporarily, who you are and who you aren't.