(VIDEO) WHY DO WE DO VIDEOS? 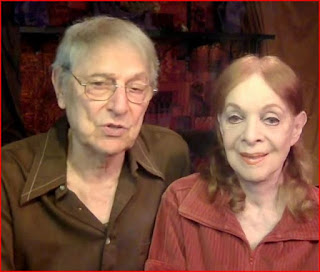 Emily wonders if they're doing videos in order to become famous.

She explains that she wants their videos to be a "John Cullum blog" -- revelations about John's ideas and point view on various subjects.

John enjoys the idea that a thousand people might see the videos and see and hear what's on their minds. Even so, he wishes they'd talk more about Emily, and talk less about him. 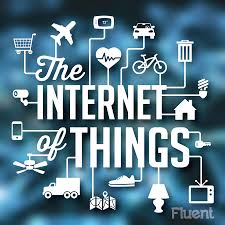 I never heard of it till the I O T was discussed in Davos, Switzerland, at the World Economic Forum Annual meeting. Sheryl Sandberg, the 2nd in command at Facebook, the "lean in" lady, who often irritates me with her excessive advice about femininism, lectured about its growing power and importance.

I paid attention. It's a network that contains information about all the personal and business devices that are wirelessly connected to the Internet, which means that many of them can respond to sensory input and data without direct commands.

That sounds kind of scary because it is kinda scary.

Fourteen billion things are on it. Google's CEO, Eric Schmidt, says that soon the distinction between what's on line and what's offline will disappear.  "It will be part of your presence all the time."

Yes, is what the Google guy would certainly say. More and more things will be able to update you and keep you alerted to new stuff -- things personal, private, and public. Like sensors in roadways that can warn you of traffic jams -- many cities use the Internet connected networks to manage city streets, highways, as well as air traffic -- patients with Parkinson's or cardiac arrhythmias can be monitored with wearable sensors. There are devices that provide parents with real time info about an infant's body position and alert them if something is wrong, same as a coffee pot that knows if you slept poorly and makes stronger coffee, and the fridge with internal cameras, that can make you a shopping list. 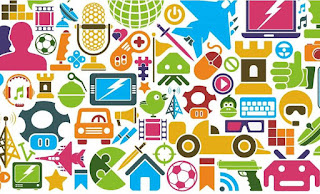 B U T -- (it's a big BUT) -- it's a whole new world for hackers to invade. Many devices -- the AppleWatch for an example -- will tell hackers your name, address, credit card, where you are, and what you're doing. The fact is, our private worlds have been mostly like the TV in your house -- you watch it, but it doesn't watch you. The I O T has been changing that.

Devices gather information about you. The guys who have manufactured  the device often sell that info to other companies who use it to sell you their products. Hackers hacked into a Smart Doll and made her spout sexy passages from the bestseller "Fifty Shades of Grey." Hackers broke into a Jeep's inter-connected system and abruptly cut off its transmission as the Jeep was traveling 70 MPH on a highway. It's wonderful that health and fitness can be monitored 24/7 by wearables, but hackers are lurking in and around many of these devices. Hospitals worry. With phishing techniques (such as using the name "admin" and password 1234), hackers have managed to take over surgical robots, drips, even defibrillators.

The National Security Telecommuncations Advisory Committee warned, in a report to President Obama, that there was a small and rapidly closing window to protect smart devices from serious security threats.

The number of devices is soaring -- according to chip maker "Intel," it will be 50 billion in the next five years, and in the trillions by 2025. Today most people don't bother to protect smart gadgets with a password, though one weak link can allow hackers to access all your device -- allowing hackers to turn on cameras, crash your car, or maybe, just burn your toast.

Don't say to yourself it's just toast, it doesn't matter. It matters! Take a look at the I O T, and as soon as possible become your own security specialist. 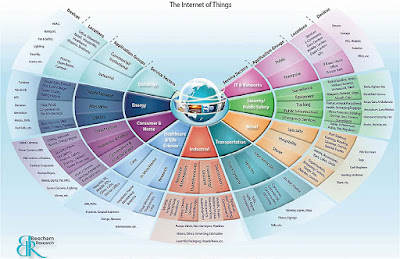