What would you like to be able to DO again?  Do better and handle differently? 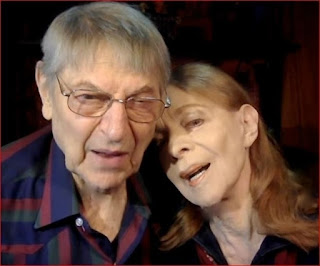 Remembering specific things, both John and Emily reveal the small regrets that haunt them are not small--are important precious moments they want to hold onto, and never forget.

It's the capitol of Nunavut, a Canadian territory. When I was earning a living as a dancer, I did a lot of performing, master classes, and lectures in Canada, in small towns like Iqaluit.

What intrigued me, reading about this town in The Week Magazine, was its New York City prices. It's a town of about 7,500 people. An efficiency apartment is about $2000 a month; two bedroom house about $3,500. 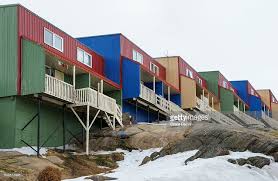 There are stores, and malls like the one in the photo, but a place to live is hard to find. The government is the major employer through-out that area of Canada. Iqaluit's status as the capitol brought a surge of public sector workers, who have housing subsidized by the government, but with global warming, temperatures are higher and melting the "permafrost." Because the ground is melting, roads buckle, and building foundations crack.

The local government advises removing the snow as soon as possible, so it doesn't seep into the ground. Since houses built on the ground can help thaw the soil with their escaped heat, many homes have been built on wood or metal pilings. The latest new technique --"thermosyphons" -- tubes in the ground that ventilate the ground relatively inexpensively, can also monitor ground temperature. It's what the government is promoting. Actually, throughout Nunavut, there are more than 100 bore holes that have been measuring ground temp since 2000. 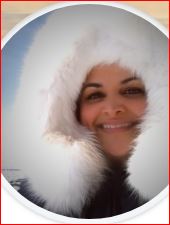 The pretty lady in the picture is Colleen Healey, part of the local government. She has been working with the Canadian Space Agency, finding other ways to detect changes in the permafrost and shifts in the ground. 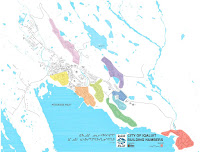 At a recent meeting, Healey declared, "We can now see ground movement within 3 millimeters. We are making maps to help builders. If homes need to be retro-fitted, which homeowner and government pays for, there are possible solutions." Holding up a map, Healey pointed out a spot. "The blue areas are high risk -- it's where the city was planning to build a housing development. That brown area -- that is where to build -- it's solid rock."

Here's a map that shows you the United States, Canada, Nunavut, and Iqaluit. If you were looking for a new kind of life, would you head there? 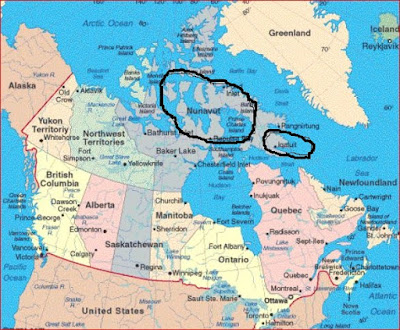 If we visited, we'd take a tour of the city, visit a museum, and probably watch some guys working on securing a house before it sinks. Though I no longer do classes or lectures, we checked out Iqaluit's Website to see what's happening here and there. My husband, actor John Cullum and I were impressed -- it's a good place for a would-be performer. You could find space in a gym or a large meeting room and do a play reading -- like John said, you might even get a community theater going in Iqaluit.