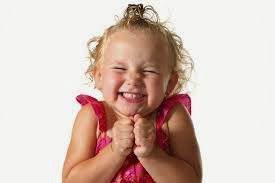 We are heading into delight -- yes -- we are going to be told, over and over, in catchy, interesting, seductive ways, to buy clothes, music, trips, foods, all kinds of drinks -- just about anything you buy -- will delight you.

And of course, DELIGHT will be echoed in our social media relationships.

I learned this from New York Magazine. The magazine is a prognosticator. They see where we are heading. Dealing with ad agencies, advertisers, and subscribers, they grab onto a possible trend, and feed it, fan it. With more ads, they turn a flicker into a spark that ignites, illuminates, and creates a tepid sort of excitement; a tepid curiosity that attracts people, products, and their promoters, and promulgates a full-blooming trend.

Why am I complaining? Why does any of this matter?

Because it makes me intensely aware that moneymakers are turning me into an angry, complaining, non-conformist, who dislikes hundreds of normal things that other people have learned to like or love.

Am I a misanthrope? No. I am just NOT delighted when I notice delight moving in on me.

I don't want anybody in the TV or media or business world selling me, telling me what to think and feel.
Posted by em's talkery at 4:00 AM 3 comments: 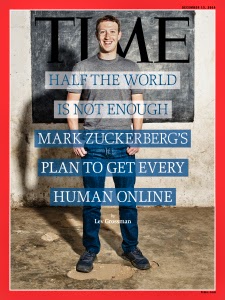 Mark (Facebook) Zuckerberg's latest plans are a very big deal. He wants to put everyone in the world on the Internet.

Philosopher, philanthropist, Zuckerberg is putting his mind, money, staff, and seer-like focus on getting the Internet to every place in the world that doesn't have it yet.

That it is a gigantic task has been thoroughly examined by a major Time Magazine critic, who has a not sweet attitude toward Zuckerberg as a brilliant, super-powerful, money-making guy. "Look out, everyone" warns Lev Grossman, who has published books and essays that establish him as an authority on technology as well as American culture.

Zuckerberg has been helicoptering in and out of Third World towns, meeting local VIP's, enchanting them with online goodies -- films, games, tech help, cell phones, computers, and financial support for the ignorant poor folks who are going to flock into the classroom spaces that Zuckerberg has been buying, borrowing, renting -- he's creating schools that will be connecting to communication sources that he's digging up, creating, investing in.

Why do I cringe? It's what the author Grossman describes -- Zuckerberg has broken down the needy poor into categories, and is prepared to help them in many various ways, with his newly created organization -- Internet.org --  a global partnership of big name technology leaders, nonprofits, and local communities.

Hey, Facebook already has more than a billion users. The population of the earth is currently about 7.2 billion. There are about 2.9 billion people on the Internet. That leaves roughly 4.3 billion people who are offline and will be put online. Internet.org  states that it can bring the Internet to the two-thirds of the world’s population that doesn’t have it.

Here's the link -- browse the Time Magazine cover story --
praise it, hate it, love it, applaud him, cheer or boo him -- whatever. I find myself thinking that sooner or later Mark Zuckerberg will be nominated for a Pulitzer or a Nobel prize for gifting the world with his farseeing vision of what people think, do, want to do, and be. 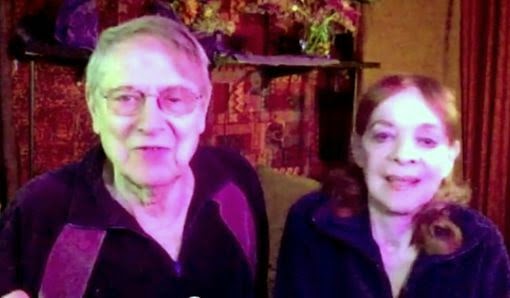 Emily opens the subject of money, expecting John to explain that what he chooses to do has very little to do with making money.

John grabs the subject, and reports on the very small sums he was paid, when he started working in New York City, and his career progressed from one play to another, on much less than minimum wages..

"If money is your goal," both the Cullums say, "Don't be an actor."