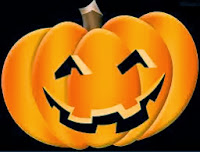 Maybe this is why I carry around, mentally, a black umbrella -- to put up in case in rains -- to have just in case I need a magic wand. That night on page one of my new red leather diary, using my new grey pearl pen, I wrote "Being nine, is very different from being eight."
Posted by em's talkery at 4:00 AM

Presents are always disappointing. That's one of the nice things about growing up; you don't count on presents any more.

Hugs, Em. Evidently your first diary spawned your interest in writing, so it turned out well after all. Happy Halloween :)

I love this sorry. I had a few childhood clunker birthdays myself.

I would have loved receiving those type of presents! But the bad experiences always stay with one.

That's a disappointing birthday. It may be that we all start to be disappointed by birthdays at that age. I think I had a non stellar birthday right about my ninth too . It's an age we are coming out of childhood, and we have expectations that usually can't be met. Long after I ceased to celebrate birthdays with more than a cake (around age 10) I experienced the same thing with Christmas. Year after year of gifts that were too big, too small, the wrong colour, or not really for me at all, but for the children. Eventually I became very soured on the whole gift giving thing. Still am. I have few wants these days so birthdays and Christmas are celebrated with a meal and family get together.
Still. Disappointing birthdays must be a rite of passage.
Louise Sorensen
louise3anne twitter