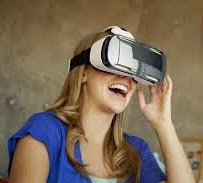 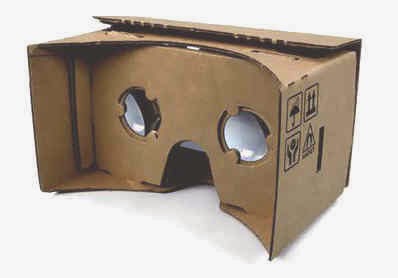 I think I would get "seasick." They say virtual reality disorients people.

Maybe, there will come a day when you remove yourself from virtual reality, look briefly at reality and decide to return to cruising through the galaxy with a flock of android sheep. (Sorry Mr Phillip K Dick. )

Great article Em. I am currently living in virtual reality and can't escape...Help!

People might buy into that and then again, they might not Emily? I just bought a copy of, (The Winter's Tale), by that guy from England who nobody seems to know all that much about. That might be what I like best about that dude from Stratford, come to think of it? Sometimes it's better to not know than to go with the flow, I guess is what I trying to say in agreement with your eloquent point? Enough have my eyes already seen through the Devil's eye; those electronic things. Just Sane

Virtual reality can be defined as an upcoming technology that makes users feel in a Virtual Environment (VE) by using computer hardware and software.

In today's technology age, virtual reality is constantly evolving. Recently, I heard about these glasses for visual disability that is powered with artificial vision. It's a tiny camera attachment that helps to people who are blind or visually impaired "read". This blind assistive technology converts what is in front of it to audio and speaks the message to the wearer in real time without relying on internet or a smartphone. It's very promising to see companies developing gadgets like that to improve the quality of our lives.