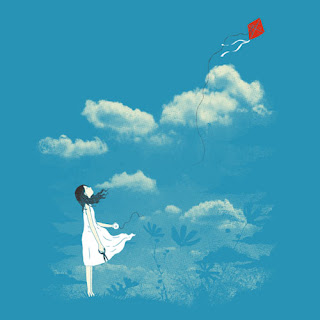 This picture fits what's on my mind. The kite you were flying is off on its own, going somewhere and nowhere.

Whoever you are, no matter what you do, (be it a job, or if you are retired), I know there are times when you're not sure where you're heading. An "itis" hits you -- a stuckness -- a sadness -- you can't rev yourself up to do what you ordinarily do to keep things rolling along. 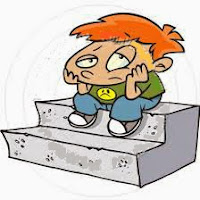 Hey, my husband who's a legendary actor gets it. Our son who's an established actor in Los Angeles gets it. In between jobs, actors tend to think they will never work again and picture themselves in other professions, even as they're waiting for the phone to ring with the next audition.

I get a big itis sometimes. After a blog I publish gets a big response, I look at my list of ideas to work on next and nothing interests me. I think about other careers that I've tried that I didn't stick with -- like teaching, like acting. Sometimes, as a few days pass, I continue to feel out of ideas and sad because there's nothing to write about.

I think it's the child in us -- the dreams, hopes, the things we wanted, envisioned a long time ago. I deal with this, having committed myself at age five, to be a dancer, till death do me part. I am no longer a dancer, I am a writer, as well as a wife and mother.

I've learned that what we accumulate over the years -- experiences, memories, mementos, as well as clothes -- have to be winnowed down every so often to fit the current you. You need to discard what doesn't fit -- pack it away, or give it away. It haunts you. You'll miss what's gone, but missing things inspires you, sooner or later, to accrue other things, and go on with your life.

You cannot erase child dreams, hopes, visions, of success, money, fame, glory -- they're in your blood, in your skin, muscles, and bones -- your dreams are you -- you are your dreams.

If you've got an itis, go for a hike, see a film, buy something-or-other that you have to learn -- and let it distract you for a day or two while you look around. 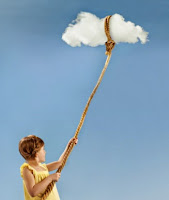 It must be really hard to come up with something to write about 3 times a week.

I agree we all have a itis, now and again:)