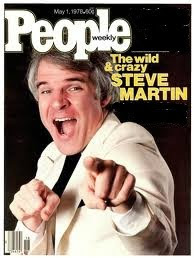 I love him too. In addition to everything else he wrote a wonderful novel about the art market