IF THERE WAS A NUCLEAR ATTACK....

If there was a nuclear bomb alert, would you know what to do?

Two passionate, uninhibitedly vociferous members of the advisory board of the Carnegie Foundation's REINSTATING CIVIL DEFENSE project, Alex Wallerstein and Kristyn Karl are demanding that the 1952 "Duck and Cover" film be immediately sent to all schools, and kids throughout America start practicing. 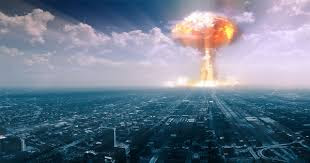 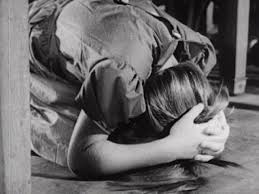 After World War 2, Harry Truman created Civil Defense.1962's Cuban Missile Crisis got JFK demanding a $700 million national shelter plan. President Carter got FEMA handling nuclear preparedness along with floods, tornadoes, and earthquakes. Reagan's $4.2. billion,130 page Planning Guide says on page 66, "Take shelter in the nearest and most protective building or structure and listen for instructions from authorities" After 9/11, former Secretary of Defense Perry and many other powerful officials convened in DC, insisting America do what Switzerland has done -- equipped towns and cities with shelters, first aid, food and a system for measuring radiation. This has not been done in our county yet.

Most Americans (especially younger ones) have no practical idea of how to respond to the warning of an actual nuclear emergency. What happened in Hawaii in January -- false alert at 8:10 a.m -- lit up cell phones saying, BALLISTIC MISSILE THREAT INBOUND TO HAWAII. SEEK IMMEDIATE SHELTER. THIS IS NOT A DRILL -- widespread dangerous, costly panic.

Fact: Ten years after 9/11, Americans have no sense of what to do. The latest media headlines, despite the President's "successful" meeting with Kim Jong, tell us North Korea is currently expanding production of nuclear fuel at various secret sites. There could be a nuclear threat tomorrow.

Scenario 1 an exchange between the U.S. and Russia or China involving hundreds of thermonuclear weapons; there might be a 20 to 30-minute warning, before lights start going out, throughout the world.
Scenario 2 -- a nuclear terrorist scenario, detonation of a smaller, 10-kiloton device in a major American city -- little or no warning -- tens of thousands killed during the initial blast, thousands would have a short time to protect themselves from the subsequent fallout.
Scenario 3 -- North Korea threat, involving 100 or 150-kiloton device over a city like Los Angeles, with a 30 minute warning -- an estimated 195,000 to 241,000 deaths and 510,000 to 629,000 injuries from both the blast and the radioactive fallout.

While RCD  experts are arguing about adding "stay tuned" to films, the passionately concerned professors, Wallerstein and Karl are shouting 'There won't an Internet, cell phones, and radios!'

Take a look: "DUCK AND COVER" shows you simple things you can do, and do fast, that might preserve your life.