Why would anyone want to erase the stern perceptive George Washington, Father of Our County, The Commander in Chief of the Continental Amy during the Revolution?

Golly, young George Washington who cut down the cherry tree and admitted it to his dad -- "Father, I cannot tell a lie, I cut down that cherry tree..." We need him, grew up with him -- whenever we need to exaggerate something we achieved, he's on our minds, reminding us to tell the truth. 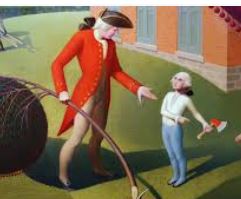 In San Francisco, California, they think differently. The city's Board of Education has made plans to paint-over a mural about the life of George Washington that decorates GEORGE WASHINGTON HIGH SCHOOL. All seven members of the board voted 'yes' to appropriating funds to cover the cost of paint.

The students didn't like the idea. Almost unanimously the students voted to preserve the murals.

The murals were created by the highly acclaimed muralist, Victor Arnautoff. The board held that mural's images of slaves and a dead American Indian might hurt some teenagers' feelings, and remind them of Washington's role in slaughtering indigenous people and perpetuating slavery.

The Board of Education allocated $825,000 to paint over the mural.

Boston Globe's highly respected journalist, Renée Loth, published her opinion: "It isn't just wasteful, it's official vandalism. Though we can't ignore that some teens feel that Arnautoff's imagery is hurtful, to destroy part of our cultural legacy because it is painful to look at is just another kind of whitewash."

In July, I read about this in a New York Times article by Bari Weiss. Since then, I have searched everywhere to find out if the murals are now painted over. I got no information, except one reply asking why do you want to know?

Golly gee, painting over the murals is like taking down the statues of Civil war Confederate generals who fought brilliantly but lost the war -- we're depriving ourselves and our kids of what's important to understand, about what's happening all over the world right now, today. 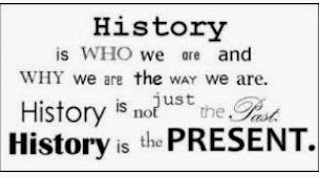