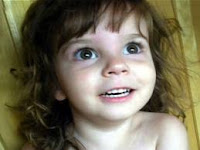 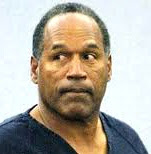 I think it's out of whack, and wrong that I'm absorbed and interested and writing about this again. But I am convinced that it is significant, a statement about the state of things throughout our country.
Posted by em's talkery at 4:00 AM

I'm very frightened by what's happening with Congress. I'm frightened that this country is making a sharp turn to the right. I'm also frightened financially by all this Tzuris.

The Lindbergh Baby Kidnapping and Murder happened during The Great Depression. It was the same thing. People were riveted to their radios. It took their minds off of what was happening in the world. That and all the wonderfully, lavish Busby Berkeley Art Deco decor-ed movies...all took peoples minds off of grim reality.

I was obsessed with The OJ Trial. but not with this one. For one thing, the sound and look of Nancy Grace is like fingernails on a chalkboard for me... I can not take that woman!!!!!!

I am sure you are totally correct about why we are so fascinated with these kinds of things. I used to love to watch the late Dominick Dunne's Power, Privilege, and Justice. I loved him and I loved his shows. We all seem to have a morbid fascination with these ghastly murders. Its like slowing down to see an automobile accident. We all do it.

Brilliant blog. Yes, unfortuantly people are sucked into the vortex of other peoples grief and lives, as their own lives and the country's citizens are being distroyed. We are being manipulated by Corporate Media and we need to understand and not allow ourselves to be distracted from addressing and commenting on issues that are important for our own survival. Corporations are manipulating policy, elections and public opinion to serve the bottom line. Rupert Murdock is just the tip of the iceberg of Media influence. When the U.S. Supreme Court allowed Corporations to be treated the same as an individual voter it was a mistake. When our President was called a "liar' and continually challenged on everything including his place of birth, ridiculed and undermind where were the voices of reason and rational thinking? Being distracted by media, friviolous issues, irrational people is a danger to us all. Perhaps we should seek entertainment in the Theater, movies, books, performance art, but journalism and news to keep the public informed should not be for entertainment. We can not vote intelligently if we do not understand the issues and the repurcussions of those decisions about serious issues. So whether it's the Koch brothers manipulating Wisconsin or other issues, or Rupert Murdock we need to understand the ramifications of the interventions into policy and our government and the effects on our country and us the citizens. Anyway, that's my take on this situation. I applaud you Em, for this blog and I hope people are reading and paying attention. xxxxoooo H.