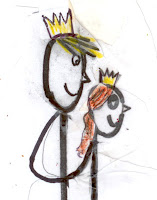 I'm memorizing the lyrics to this song from "Man of La Mancha."

He performed the matinees for Richard Kiley, then replaced Kiley in the New York City production in the ANTA Washington Square Theater on West 4th Street in Greenwich village.

At night, instead of counting sheep, I repeat the words.

I love the words and the tune -- singing it in my mind is a way of blotting out worrisome thoughts about what I've worked on during my day.

The posts I'm writing for my blog echo at night. All the things we're hearing over and over -- what's wrong, what we can't do, should do -- about wars, the environment, what's not happening in Congress about voter's rights, taxes, paying off the debt, health care ... on and on goes the list of all the things that are blowing in the wind. I try very hard NOT to think about candidates, polls, election news -- I can't, won't want to write about them.

Nowadays, I write about "me" things -- daily doings, thoughts, happenings in my own personal life that relate to other people, but mostly it's thoughts about hopes and dreams.

Years ago, my husband and I used to walk downtown on Fifth avenue and sit in Washington Square Park and toss dreams at each other like pop corn.

I wanted a theater, a home-base for my Dance Drama Company. I wanted to do something in New York that would make me an important name in dance. John, who was auditioning in those days, hoping for a job on Broadway, thought about specifics -- the roles he wanted to play -- Hamlet, Macbeth, and there were rumblings in his soul about directing. I never heard John Cullum speak about being famous.

I was, at that time, working with other choreographers -- recovering from my ballerina dreams, and from the offer I got that disappeared. It was an offer I got from Lincoln Kirstein and the master himself, George Balanchine -- an offer to appear with the NYC Ballet. It didn't happen.

One day, after devouring more popcorn about theaters, I bought a notebook and started making a list about my home-base theater dream. I started putting down on paper what would be involved: A building, some source of money to help me create the actual theater -- a stage, stage-lights, box office, dressing rooms, seats for an audience.

What I didn't have was the ballets, the actual choreographies or dance-dramas my company would perform there.

We looked at buildings all around our neighborhood and Greenwich Village, and put down names of backers we knew, and names -- lots of things to do and try.

Hey, I did get a building. A well-known producer more or less offered to back me. We got connected to a fund-raiser, met VIP people. Meanwhile, John was ascending. He got a first job, then another and another. Yes, I got a great building, however things didn't turn out the way they'd been shaped and colored in my thoughts.

Even so, from that dream, came other dreams and specifics happened for the Dance Drama Company as well as for my "fame name" -- things that filled my head night and day. It still sits in my memory as WOWS -- wonderful happenings.

But win some, lose some, some rained out.

Do I have big dreams like that now? Well ... yes and no. Do you? It's a precious, sweet, wonderful time of your life. But I've been there, and I know the weather changes.

Anyhow, at night, instead of reviewing things that I've thought about during the day, I've been chanting "Dream the Impossible Dream." It lifts me, buoys me. I don't know the last verse yet by heart. I get to the third verse --
"... To fight for what's right without question of pause.
"... To be willing to march into hell for a heavenly cause --"

Then, I fumble around with the last verses that I can't seem to memorize. Then I go back to the beginning and start with the first verse again.

I keep reaching, I love the idea ... I love the feeling of reaching for the unreachable star.

It's odd. I've never had a dream. I like to have comfort and security and plenty to observe and think about. Lots of color and beauty to look at, hear, smell. (The fragrances of spring flowers is one of my favorite experiences).

Interesting Don Quixote-would love to see John Cullum play this part! Good blog about impossible dreams. Yes, I have a few myself.
You reached your dreams Emily and are stronger for it. I admire you and all you do!

I love that music. We sung some of the songs in chorus in middle school. I still have never seen the play.

Mortals cry out to heaven; hope for affirmation that there is more beyond these earthly bonds; that they may be remembered at their best and that others beyond their time will somehow be touched by their passionate pleas; but it is to eternity that they face that always brings out their best. That which is written in stone will someday sink beneath the waves.

I don't know if I'm reaching for an unreachable star by planning to epublish, either a book or a collection of shorter stories.
My dreams have been very simple; to have a home of my own, a dog and a cat, and children.
Now that I've done that, my desire is to continue writing.
Real life has been in the way of writing lately, but when I can't be near a keyboard or pen and paper, I concentrate on the sights, smells, sounds and atmosphere of where I am and what I'm doing.
I believe in global warming. As the weather gets hotter and more violent, I wonder what will happen in the next hundred years.
I live my life more intensely now than I might if I didn't believe that all of mankind's frenzy and gnashings are so much battle over how many angels can dance on the head of a pin.
I picture the future, if humankind don't get their collective heads out of their collective asses, of a world overheating and a mass extinction event.
This sounds extreme, and I guess it is.
So I enjoy every day as much as I can.
As to fame, I see people as links in long chains of people whose names are written in dust.
I figure it's important, and enough, to do whatever makes you happy, as long as you aren't hurting anyone.
Interesting question, Em. Sometimes the answers are interesting too.
Louise Sorensen
@louise3anne on twitter

I love the idea too! Happy Fourth of July, Em!

I have had a few dreams. One dream began when I was three years old and ended when I was eighteen. It was my decision to end it. I was an aspiring actress for 15 young years in my home town if NYC. I did get work. But largely I was the audition kid. I was doing an off, off, off Bway show at the time and was shocked by the behavior of the director toward me at dress rehearsal. None of what he said to me had he ever said before. I was crushed and livid.

There was also another factor involved. I was born with an inherited neuro-muscular disease which is progressive.I knew it progressed, because I saw it happening with my own mother,although we never got a diagnosis until I was in my 40's and she in her 70's. But I already knew that I could never jump on a table top. (I had seen an actress do that in a bway play and I knew already that I could never do that.)

So, being upset with the director's abuse and knowing that I also had physical limitations that would only get worse, I made a monstrous decision, one I never, ever thought I would ever make...and that was to forget about acting.

I went on to go to design school and become a commercial interior designer. I was quite successful and even held the position of head of store design for all JC Penney stores for a number of years.

My disease progressed and I was one again forced to make a decision. That decision was to retire at age 43 and go on disability.

So, yes my dreams were crushed twice!

My next dream was to make the very best use of my life, which I have been doing now for many, many years. My abilities change as my disease progresses, but I still find new dreams to dream and I do.

Dreams are like a booster dose to individuals in being optimistic in the life and work towards a goal. I wonder what if a man was not capable of dreaming!!! what would have been the world like !!

Yes, We all dream and we dream many things. But few of us go out and put efforts in realising the dreams. Even few of those efforts do not yield any fruitful results.
So what?? I have had many different dreams; few of which i persued and I did not succeed in all those persuits. Few took shape but not exactly as i had dreamt.

The lesson i have taken from such attempts and their outcomes is that whatever happens in the end is for a reason and for a purpose which is more beneficial.

So Dream, Make an all out Attempt, and be happy of the journey taken on that path and cherrish the experience !!!

My dreams are simple.

I want to find acreage, lots of it. Farm it. Teach my boys about living and working on land.
Teach them about the beauty of life, the simplicity of peace, and the legacy of kindness.

Dreams do come true Em. Ours will too.

that's awesome! You put a song in my heart for the entire day. Dreams are meant to be lived without fear. Thank you for sharing.