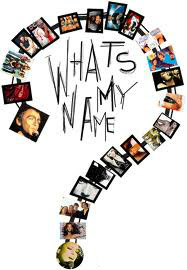 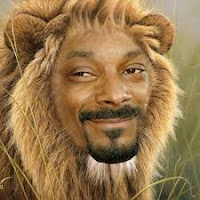 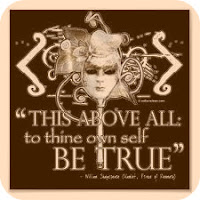 Interesting post, Em. I was reading an article yesterday about authors writing under a pseudonym. Do, or do not?
I've never been impressed with my name, Louise. Always thought it sounded old fashioned, bland and uninteresting.
But to change it, just wouldn't be me. I'm stuck with it.
I have nothing against people changing their name, just don't expect me to remember it.
I even get confused when people change their avatar on twitter. I may not recognize them anymore, unless I know them well.
And like tattoos, I have nothing against it, I simply never found another name, or a first tattoo, that spoke to me.
If people feel comfortable changing their name, good for them.
Some of the people you named in the above article were extremely creative in their new name choices and I admire them.
As a writer, I sweat over the names of my characters. It's not my forte, and I go by gut instinct. No matter how plain or how weird they turn out to be, I stick with them.
After all, why should I be the only one?
Great post topic, Em.
Louise Sorensen
louise3anne twitter

Nope, not me. Won't change it. I can see though in the entertainment world that catch and simplified might be the way to go. Still...

Em, you are my "darling, darling lady" [sorry John! :D!]. You always bring us the best articles. Ever. This time however, you missed out: Sting, David Bowie and Tom Jones. Well dearest, we are none of us perfect. :)! You are therefore forgiven -- and looooooooov'd, as the late gr8 Barry White would have said.

This list was fascinating. I should have guessed about Jon Stewart's name. Is Nicholas Cage related to the famous Coppolas? If so, I wonder what the story is behind his name-change.

I remember as a kid, reading that then popular actress Lizabeth Scott....had changed her name from Emma Matza (or maybe Matzo...a Jewish dumpling that is served in chicken soup). How could I forget that.

My married name was Phillips Goldfarb. When my marriage came to an end, so did Goldfarb!

Interesting blog today Emily. I have to laugh because I don't reconize any of those famous people by their new names. I always wanted to be named different than Kathleen. My parents must have gone to rhyming words naming my sister and I---Patti Jan and Kathleen Ann....lol! kam

Got so much abuse with this one as a kid and an adult, wouldn't think of changing it. Once thought about 'Hymie Pfartzengiggle.'

Well, I'm covering my eyes here ...not really or I wouldn't be able to type. I do sort of use a pseudonym to write. I do that thought to protect my kids and my husband's job because some of my writing is a little smutty. The name that I chose though is parts of my maiden name so I feel like I have a right to use it and it still feels like me. Constance funnily enough I got teased relentlessly for when I was a little girl and I hated it. It was also my Aunt's name. I was too young to know that that meant a lot when I was young. That Aunt is no longer with us so I proudly jumped on that part of name. So I'm waffling..again. The upshot is yes I use a pen name but it is still my name. I will change my twitter photo to a knew photo when I can figure out how Em but my real photo is on my blog I think and on my Amazon Author page :)

I'd say that there is a lot in a name. My mother used to prod us with that tongue twister; (she sells sea shells down by the sea shore), when we were little kids. She also had us hold a conch shell up to our ears to hear the sea and took us to it later on. It was the foreshadowing for the adventure of my life. Thanks mom! I wrote a song that is partly a tribute to her in 1982 that is widely known but has other people's names perched upon it like a vulture. A lot of rock 'n roll music fans wait around for their shows to end to hear my song that I shared with them in the spirit of blind faith that I always strive to maintain in-spite of the danger I know is always present in the nature of The World which drags me down but hasn't killed me off yet. As time marches on, so do I. Old Air Force Airmen just turn to gray and fade away. What my mom sold me on; I've passed on to the best of my abilities. We all make mistakes but hopefully, we also try to pass on the teachings of our mentors that would be a shameful waste to not relate to those in need. What ever name you hang on yourself, nick-names you hang on others or absorb...Whatever name you start out with or give to a new life form or any other noun; enjoy the experience. We all have many names. We go by our country's name sometimes alone. We have great pride in the names of entities we care for. We pledge and swear allegiance to ideas that have names we will not forget easily. The naming of things is one of the fundamental gifts that we are charged with from the higher power that resides beyond the grasp of science and each of us is empowered to and accountable for the fulfillment and maintenance of. Give a name to something today; could be your favorite coffee cup or a bird that's making a lot of noise outside your window. See if you don't feel just a little bit better once you've completed that task. I'll bet you will, sez MSD.