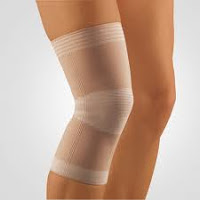 Hey, a hurt knee is not a big deal.

Other aches and pains are worse and much more important -- golly, they can be your body warning you about serious things.

Okay, my knee hurts when I do my morning exercises -- simple exercises -- it barely hurts -- sometimes it doesn't hurt at all.

That proves that my hurt knee is not a big deal, right?

Hey, I do everything I know to stay in shape, and I know a lot about exercise, healthful foods, bones, muscles, ligaments, joints -- all that physical therapy stuff. I work out , usually joyously, sometimes peevishly, but I know it's the way I can stop my body from um ... getting kind of decrepit.

Hurray for me and my will power and knowledge.  I've danced since age five. Throughout my years as a dancer, I've worked out -- in dance classes, in my bedroom sometimes, and when I was traveling, I worked out in hotel rooms, bathrooms, kitchens, and rented spaces. (I'm chuckling over the phrase "Worked Out." I've worked IN -- inwardly as well as outwardly, to keep on being able to run, climb, jump, as well as to continue to do the usual reaching, bending, lifting things.)

Okay, my hurt knee is NOT getting better. I hate having a hurt knee. I can't blame it on dancing or exercising.

I'm not discussing it with my husband or friends who will say "oh, poor you, oh you poor dear, what did your doctor say, you ought to talk to a doctor."

My doctor doesn't know as much as I do about my muscles, exercise, injuries so, ho ho. I consulted the Internet. Livestrong.com and quite a few other Websites explain exercises and ways to handle what I probably have -- it's an "IT band problem."  I didn't know what the IT band was, and have never used a "Foam roller"  (if you want to know more specifics, read the next paragraph.)

I downloaded a how to do it video. (Yep, other Websites say that's what my pain could be and that's how to fix it)   I'm doing it three times a day. OUCH. OUCH. OUCH.

Ohmygod, it occurs to me that in order to keep my body from wearing out like a body wears out when you're sitting at a computer for hours every day -- I've got to do this Roller stuff -- I don't have the time. I have to have the time. My hurt knee is my body saying "Dar-ling-you-are-grow-ing-old."

Hey -- that's ridiculous. Endure pain so you won't have pain? Nutty! DoDo Bird dumb! Utterly inappropriate for an ex-dancer to devout herself to this.

I do a lot of walking and get the occasional niggle in muscles/ligaments (particularly Achilles tendons). RICE (Rest, Ice, Compression, Elevation) usually works for me plus gently massaging with Tiger Balm. However, it sounds like your knee has some deep-seated damage that might need further investigation. Don't suffer in silence - seek out a medical expert before it gets any worse.

LOL I hear you Em. On the same path. I watch nutrition carefully, learn about my body, herbs, homeopathy, acupuncture -- and exercise - which like you I do whether I feel like it or not. I feel all the better for it and I make the time to do it

I use Livestrong.com too. Interesting video; they have foam rollers at our gym, I'll have to give it a try.

Go advice. My food hurt one day and kept hurting on the top. The next day the same. I took Calm +Calsium and the pain vanished :-) Also, Chiropractors are very useful and efficient for random pains.:-)

what is physical therapy said...

I think physical therapy is good treatment for you. It can help you to recover fast. I hope you will try this therapy.