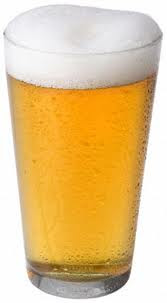 LOL - a half a beer is more than enough for me - and only certain kinds of beer. Rarely touch the stuff, but husband likes occasional micro brewery selections.

I don't drink beer because of the calories (except maybe while having Chinese food on a hot day...mmmm!) Actually, these days, I hardly drink any liquor at all because it disagrees with me.

Some individuals are more prone to addictions then others and it's been found that it is a medical condition due to chemical stimulation of our brains. Not just alcohol but 'all' addictions of which there are many. I drink wine, single malt scotch no more than a one glass of alcohol a day everything in moderation. Em, your blog today was enlightening, fun and much need relief from things that are burdensome. I'm addicted to you're writing but it's a healthy addiction. Love and hugs, Heather

Not a big fan of beer. Never acquired the taste. Coffee and tea are my drinks of choice. That said, beer has a long history. One of the first inventions, possibly even before bread.
In times of sketchy water quality, beer was safer.
But whatever soothes your thirst. Cheers!
Louise Sorensen
louisesor.wordpress.com
louise3anne twitter

I could drink a cold beer right now too! I love how it burns down your throat as you drink it. Once a year my friends take me down the street to a bar and grill and I get my cold bottle of beer in a frosty mug and get tipsy quickly and we laugh for several hours. Beer battered fish is good eaten too. kam

Never liked beer, eek. I am addicted to something and it is Ale8. Whew, the darn stuff is good cold with ice in it. I started drinking it a few years back and now I crave it. My husband drinks a six pack a day. I started saving the twist off lids to make a point. All the money we drink away. We all can be addicted to something and these Ale8's are tasty. First made in Kentucky, then a few years ago they let other states sell it. It is Kentucky's first soft drink.
Now back to beer, you always make topics interesting. I read all the comments too, really good ones on here.
Thanks, you are awesome, both of you all are. Looking forward to your next blog.

There is nothing finer then a "commercial" beer. By commercial, I mean that ice cold glass with the right amount of condensation on the outside, the amber color glowing from the set. But, beer, for me, is not a good thing. I'm not an alcoholic, however, given my family tree, I best stay away. I live my life cleanly, and with respect to the way I want my children to act. I've imbibed before, and enjoyed cocktails with my dasterdly cigarettes, however, that is all in the past. Once I found out my life was going to change by having a child, I put it all away. The cigarettes were enjoyable, but I needed to be healthy. I have not had a drink nor a cities in over 11 years. I've had a sip of wine here and there, but no drinking is the way I want to live. Looking back at the commercial beer, perhaps someday.