WANT TO GO TO MARS? 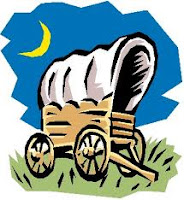 Hey are you adventuresome? Want to do something important with your life -- blaze a trail or extend our boundaries and make the world larger?

Mars One, a Netherlands group, is planning to fly teams of four astronauts to Mars -- yes, the Red Planet -- and establish a human settlement.

You don't need to have a technical background. You have to be more than 18, but there's no maximum age limit. Any nationality, religion, gender or language is okay. Candidates will get seven years of training, testing, and exercises, including living in mock Mars colonies while still on earth, and learning English, if they don't speak it already.

What would it cost to sign up? There's a small fee for submitting an application ($5 to $75 based on your country's national income). The cost for an American is $38.

Think about these specifics on the schedule:
July, 2015, Mars One plans to have selected its top 24 astronauts. They already have about 10,000 emails from people interested in applying. The selectees will be grouped into crews of six, out of which finally, four guys will actually travel.

2016 -- Initial test launch to Mars to check out landing technology.

2018 -- Second mission will deliver a robotic rover to scout out landing sites.

2020 -- Second rover will be launched to begin assembling some of the first settlers' equipment and habitats, which will be ready and waiting when they land.

The trip to Mars will take about seven months.

Who's paying for this? Netherlands' Mars One corporation is raising the $6 billion it will cost to send the first four inhabitants to Mars. $4 billion dollars will be needed to launch each subsequent crew. Mars One plans to raise money via a reality television show. They've already got a producer for the show that will follow its astronaut selection and training process.

You'll travel in a capsule being developed by "SpaceX," the Space Exploration Technologies Corporation. Mars land rovers and habitat modules will be designed and built from the ground up based on existing technology. Mars One has hired the Paragon Space Development Corporation to design the essential life support technologies needed for the mission.

Is it something YOU might  consider doing? You'd have to say goodbye to all your family and friends, as the deal doesn't include a return ticket. Back in your school days, when you were learning about families in covered wagons determined to find homes in the west, did you ever picture yourself doing that?

Back in my touring days as a dancer -- returning from the far East, South America, Australia and New Zealand -- oh my God, I was so glad to be home -- as I proceeded through Customs into the USA area, where my husband was waiting for me, I wanted to kneel and kiss America's ground.

Former astronaut John Grunsfeld said, "It is not just a scientific challenge -- it is essential for man's survival."  Steven Hawking said, "The human race shouldn't have all its eggs in one basket on one planet. Should nuclear proliferation, shrinking resources, a growing population, and climate change, or a visit by hostile aliens, threaten humankind on earth, a colony on Mars could serve as a lifeboat to keep the species going."

Take a look and picture yourself emerging from a land rover "covered wagon," and creating a home for yourself here. 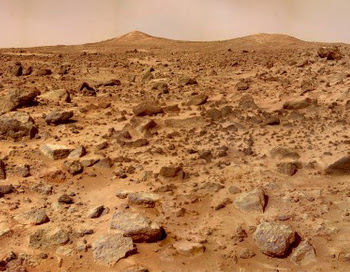 Click this link and see What life looks like on Mars.
Posted by em's talkery at 4:00 AM

We certainly need an escape route from this planet. If I was younger and healthy, I'd apply like a shot. But I'm not, so I won't! Too much to do on this planet before I pop my clogs.

At this point, no I would not go. I have family to look after. #AwesomeTeam♥#Odycy require constant creating on my part to continue to have a positive impact.

Also have we asked the Martians what they think of us moving in?

Ah, now you wonder :-) So to create more wonder, how many planets in the solar system are inhabited? 3 or 4? Science doesn't know :-)

I wish them a safe flight and happy warm future :-)

I don't believe this. This isn't possible.

They better send some females along if they want to perpetuate the species.

What a scary thought.... I hate flying and really don't venture further than a 5-hour driving radius from here at the Jersey Shore so I would say the Mars mission is NOT for me! haha ;) Very interesting post today Em!