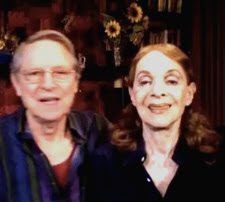 I appreciate the info on this Mr. Sharpton. I do not watch his show but will try now that you and JC have recommended him. Sounds like a real smart guy with lots to say! Thanks for sharing...kam

I'm not familiar enough with U.S. politics to comment on Al Sharpton's views or show. However I will say that I think that political parties attacking and denigrating their opponents is tiresome.
Furthermore, it distracts from the fact that none of the parties are setting forth positive ideas for the health and welfair of the country and the people.
The real problem in North America and the economy is that manufacturing and industrial jobs are going to China and India, where they have cheap, to slave labour.
Perhaps one of the ways to help the North American economy would be to buy only goods made here.
Probobly wouldn't work in a global economy where A won't buy any of B's goods, unless B buys A's goods as well.
No easy solutions or we'd already be there.
Louise Sorensen
louise3anne twitter

I'm afraid I've never gotten over how Al Sharpton acted during the Tawanna Brawley incident years ago. I should get over it--I'm sure he's changed a lot since then.

Way back when, in the Tawna Brawley (SP?) days, I absolutely despised him. He was an enormous opportunist, who infuriated me. Any injustice to Black people, whether real or perceived by Sharpton and there he was wearing his injustice face and making his opinions known in front of any TV camera he could find.

In the past years I have seen a very different Al, one with a terrific sense of humor. When he was running for president, he brought a huge amount of fresh air to the Democratic Primary Debates. I truly had a change of heart. I really enjoyed him.

I have never watched his TV show, but have seen him as a guest on other MSNBC shows and find his opinions interesting. There is still the same Al that comes through, but a much more likable and mellower man.