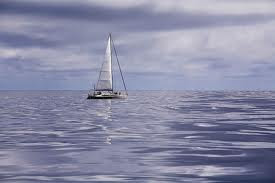 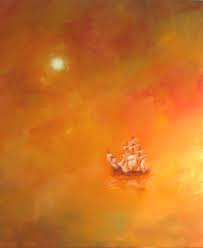 Aw Em, you just have the blahs. I can tell it's not deep, though, since you wrote a wonderful blog post about it. Along with the eyeliner, maybe a little champagne and popcorn will help provide the spark. Also, whipped cream on coffee. Great artists always have their ups and downs. Meantime, unless you have a deadline pressing, my advice is just lie fallow for awhile.

When I am happy, I have caused it. When I am sad, I have caused that too. The environment is never cause tho I sometimes assign it power/cause by blaming it or someone else for somthing I failed to take responsibility for.

Facts are facts and are only relatively true. Facts must be compared to other facts to evaluate degree of truth. There are no absolute truths.

A fact is true as much as it is workable.

If you were just to sit down, even if sad, and start laughing and keep on laughting, shortly you would not be sad. I dare you to try it. John might think you've lost it :-)

Life is grand if you create it that way!

Ah, the end of winter blues - I hear you, Em. Don't worry, your solution is good & spring is on the way - despite the 5 inch snowfall we had last night and the shoveling we did this morning.

We just brought in another rescue dog - that'll certainly keep me busy running interference until they sort things out.

I, too, have new projects on the burner, trying to get the oomph to really get into them...and I will; just giving myself a breather.

My mood is starting to pick up as the days get longer and there is more light (even if it is grey light). My recommendation: get outdoors more. I walk outside every day even in the rain.

What works for one person doesn't work for another. It was a snowy stormy winter here, but I didn't feel the cold because we went back country skiing from our doorstep for at least a month.
Now the temperatures are a little above freezing, the snow is mushy, no skiing and we may get another big winter storm here, or rain.
I feel a little blah too.
Is it part of growing old? Maybe.
Whether I like it or not I get one year older every year. This may seem elementary.
But there is a point in your life when you finally realize you're not going to regain your girlish figure. Ever.
How you look now, will be remembered by you ten years from now (if you're still alive) as young. "What a fool I was not to know I was young and beautiful then."
Sometimes it's tough to find find and appreciate your inner beauty, when all around you screams youth.
I swear they're using 12 year old girls for skin care commercials now. And there's this commercial where a hunky 20 something guy saves a 12 year old girl from drowning, and she's going to kiss him in gratitude, then an astronaut shows up, and she gets up off the sand and runs to the astronaut. In slow motion.
So now I feel a strong compulsion to buy an astronaut. Does anyone know where I can get one?
Anyway. Old age. Blahs. They suck.
The only advice I can offer; if what you're doing isn't working, try something else.
Big huggs to Em and John.
Louise Sorensen
louisesor.wordpress.com
louise3anne twitter

OH Em, I think we all have our down days. Age is something that we all have to face sooner or later.

You know I remember when I was a little girl (young enough to not realise I was being rude) watching my grandmother (who I realise now wasn’t even VERY old at the time) apply make up. I asked her what it felt like to be old.
She smiled at me and said. "Inside my head I’m still sixteen, it’s only the outside that ages.”
I didn’t really understand that at the time but now my own old face stares back at me from the mirror and I have to admit inside I’m still young. Most days. On the days I don’t feel young I eat chocolate :)

You are thoughtful and kind and considerate of others. This is my general impression of you; a reflection I hope you agree with and helps you to feel a little bit better. Looking inwardly is as important a part of being as being worldly active is. The picture you're painting may be a ship tilted on sand; but, I see it breezing up from here where I stand.

"Age, like happiness, is a state of mind. The older I get, the better I feel in mind, body, and spirit." The clock of time will tick on regardless - all we have to do is to decide what to do with the time that is given to us. :)