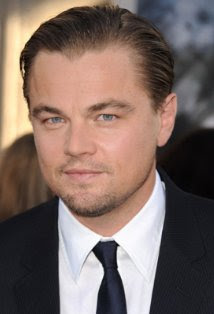 I have enjoyed him in a number of roles. He seems quite versatile, and getting better. J.Edgar was phenomenal.

Always liked him and looked forward to his mature self to show up in his movies.
He reminds me of the all American movie star/actor adding in that he comes across as a nice guy.
Glad I took the time to read this summary as it put into words my thoughts but in a much better way.
Thanks EM

Funny, I suspect that he may be gay as well. In any event, he is an enormously talented actor with a very broad range. He is like a blank canvas that can be turned into just about any image possible. Like you, I hold his talent in great esteem. He truly is brilliant.

Great tribute blog to Leonardo D.I enjoy all his movies and he is MARVOLOUS! Loved Catch Me if You Can and cried when he died in Titanic. He has such talent and is gifted I think in reaching his audience. That's what makes him memorable. kam

A very talented actor indeed. I was first struck by his performance in Gilbert Grape and knew he was someone to watch. Marvellous is the right word.

He is as good an actor as many others out there. He has been lucky to get leading roles. I really have not paid to much attention to him as other actors. I wish him much success and he is who he is.

he has a special annointing purpose

Wow! That makes three actors I totally underestimated, Tom Cruise and Robert Downey Jr.was the other. And to my shame it was due simply to their youth and beauty therefore they could possiby have enough staying power. Emily just say you forgive me for listening to some of the "Big Time Film Critics" instead of judging for myself. Sincerely, Katherine

Mr. DiCaprio is a very talented person. Yes, he is an actor, however, I get the feeling that anything he does, he does well. Some people have a knack for being good at many things. His talent in choosing roles, choosing scripts, acting, and great business proves that he is much more than an actor. He seems very passionate about everything he does. Therefore, he gives his 150% while tackling whatever comes at him. The beauty of being this talented, means that you will always succeed in life. There is a flip side to all it it, and that my friends, I would never venture to assume that life is all that easy for the genius we call Leonardo DiCaprio.