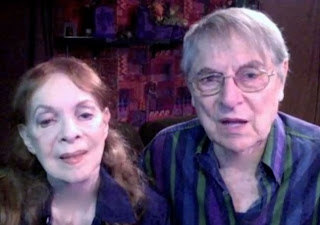 Interesting. I met him once when he was about to marry Sandra Payne, with whom my father was on tour in Gerald Savory's George and Margaret. He did seem rather nervous.

It's amazing that Lerner wrote that many pages to begin with and then obviously cut much of it himself before rehearsals started. I guess he wanted to get everything on paper, and then decide what could go.

The amount of times that you have asked me, I have answered on your blogs has made us a deep relation which seems to exist in our gens, I may be wrong or right is not the issue but putting in a word is what matters, which fastens the ties. You instrumental in doing so! thanks Dear!Yes a GODFATHER in life can make things all that easy a sail!

VERY interesting remembrances. You two really ought to write a book about your experiences with such people.

I can certainly understand Lerner's writing practice! I too write EVERYTHING I could possibly be interested in about a character or scene, so I'LL know, and have a firm foundation for the entire piece. I wonder if all of that survives somewhere; it would certainly be interesting.

I've missed you, but I've been involved in several projects, and simply haven't had time to watch/read your blogs. I know I've said this before, but I'll try, EVEN HARDER, to get back to being a regular visitor.

Love you you both!