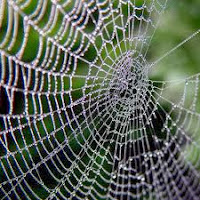 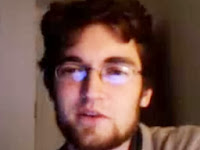 I would be scared to even go in there, because people will know you did.

Em, I want to stay as far away as possible from anything like that.
I had some "friends" (theatre people) who apparently are also pedophiles. There were at least 2 that I was made aware of. I dumped them as soon as I learned about it.
No, nothing even remotely nefarious, is going to show up in my computer history in any way, shape or form. It all gives me the creeps, but thanks for telling us about it anyway.

Interesting what our government spends millions on when they could be using it for better things, like feeding the poor, better healthcare, etc. These sites are going to continue to go up, wasting more taxpayers money to shut it down and the cycle repeats itself all over again.

Getting on "up there" in age, I find there are few things I can count on to REALLY surprise me. But, definitely in line of "Gumpian" theory, Em is my "box of chocolates...never knowing what your are going to get". This offering on the "Deep Web" is probably going to turn out , at least for me, the primer that has hooked me into learning more about all this "internet" stuff. Oh sure, I know that the "early net" was formed in to 50's and through time continuum protocols were developed and agreed upon up through the 80's -when the standard TCP/IP became "the thing" that those in the know agreed would be the protocol upon which our internet today would be the standard bearer which runs all things necessary to my life. I was "good" with that and then ...along comes Em. Sure, I read the stories on the "underground internet" relative to the underworld transgressions. But, it didn't really "stick". Then, just yesterday morning I read in our local paper that one of the uber nerds is selling his house at 7.5mil ...in bitcoin currency. Next comes Em's blog to my mail about a whole "deep web" where most of the transactions are in "bitcoin" payment And...VOILA! Em has done it again. In the next few weeks I will learn what "bitcoins" are, I will learn how "deep" is the deep web (or at least, how much will "they" let me learn)...and just HOW MANY "webs" does Charlotte actually weave now? Thanks much Em for giving my grey matter another much needed workout...I, like you, WANT to know more.

I've never heard of it, but can understand why it is needed by certain factors. This is interesting information.
Regards
Crazyask Deep web Links the DarkWeb Howmate