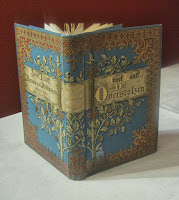 Good article Em. This is going to be a debatable issue for years to come. I think books are an absolute necessity, but many publishers are doing both traditional and digital publishing of books in an effort to capture both sides of the consumer need.

Toilet paper, God I hope not

This is quite disheartening, but we will certainly all be in trouble when toilet tissue becomes extinct.

Except for books, I think it's good that paper is disappearing: it's a huge strain on the environment. I even like reading newspapers on a Kindle, because it generates less waste. But I really do like reading physical books: I choose them over Kindle books every time, except when I'm traveling.

I hope not. When the power fails, where will be go for information or for entertainment?

Relying only on electronics is a key to civilization disappearing as knowledge is lost in the cloud that crashed too.