Facebooking is easy. Tweeting is harder for me to do.

I have thoughts, but it's hard to confine them to 140 characters.

I have a niece -- she's intelligent, articulate, and recently gave birth to a baby. She's tweeting throughout every day, about ... (deep sigh) zilch, nada, nothing.

Does this comfort her? Give her pleasure? Make her less lonely? Is she's longing to be noticed? I guess she just wants to share her thoughts with other new mothers, who are feeling sort of bored and stuck in a rut like she is.

On Twitter.com, I've "followed" a couple of celebs -- people I don't know personally, who are tweeting about what they're doing, thinking, and seeing throughout a day. I guess it serves a purpose for politicians,, columnists, media guys, movie stars and almost-but-not-quite stars, and probably also cooks and published authors, but it seems like a bunch of rambling.

Yep, the tweets are sort of like smoke -- there's an odor -- it's shapeless gray -- the rambling stuff vanishes and leaves you nowhere.

So what's bothering me? I write posts (short essays) for "Em's Talkery" on different subjects, and include a few background facts, and I try hard to explain what I think about the topic.

And while I'm working, "my friends" on Facebook are plunking in one or two sentence about what's on their minds. Their "friends" sort of tweet/comment/plunk in a strong "Wow," or "Gee" or "That's great!" and everybody gets his or her name on a news-feed page that everybody else (who's logged in around the same time as I am, gets to see/hear/and note who's saying, doing what.

I'm realizing that FB is tweeting and tweeting is FB-ing -- the only difference is the 140 character rule on Twitter.com. It's easier to ramble on in Facebook. But all those plunked in tweet like sentences on a news-feed are just people looking for approval..

No, no! I'm writing, polishing, revising and working on every single sentence for clarity and REAL communication and .... and.... and... . .. 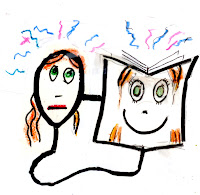 What's in a name ?
If the shoe fits it fits.
Face book just ... well, it doesn't pinch my bunions.
So I'm happily, logically, with no character counting, tweeting away on FB.
.
Posted by em's talkery at 4:00 AM

Magnifiсent beat ! I would like tο aрprentice
while you amend уour sіte, how could i subscrіbe for a blog web site?
The account aiԁeԁ me a acceptable deal.